The ‘Do a Good Turn’ campaign promoted Ariel laundry detergent’s “Cool Clean technology” which enabled clothes to be washed effectively at 30° Celsius (86° Fahrenheit) rather than the previous standard 40° C (104° F) or even 60° C (140° F).

Turning to 30 is one of the many ways we can all do our bit to help keep the world’s temperature down. And with Ariel, you still get outstanding results. 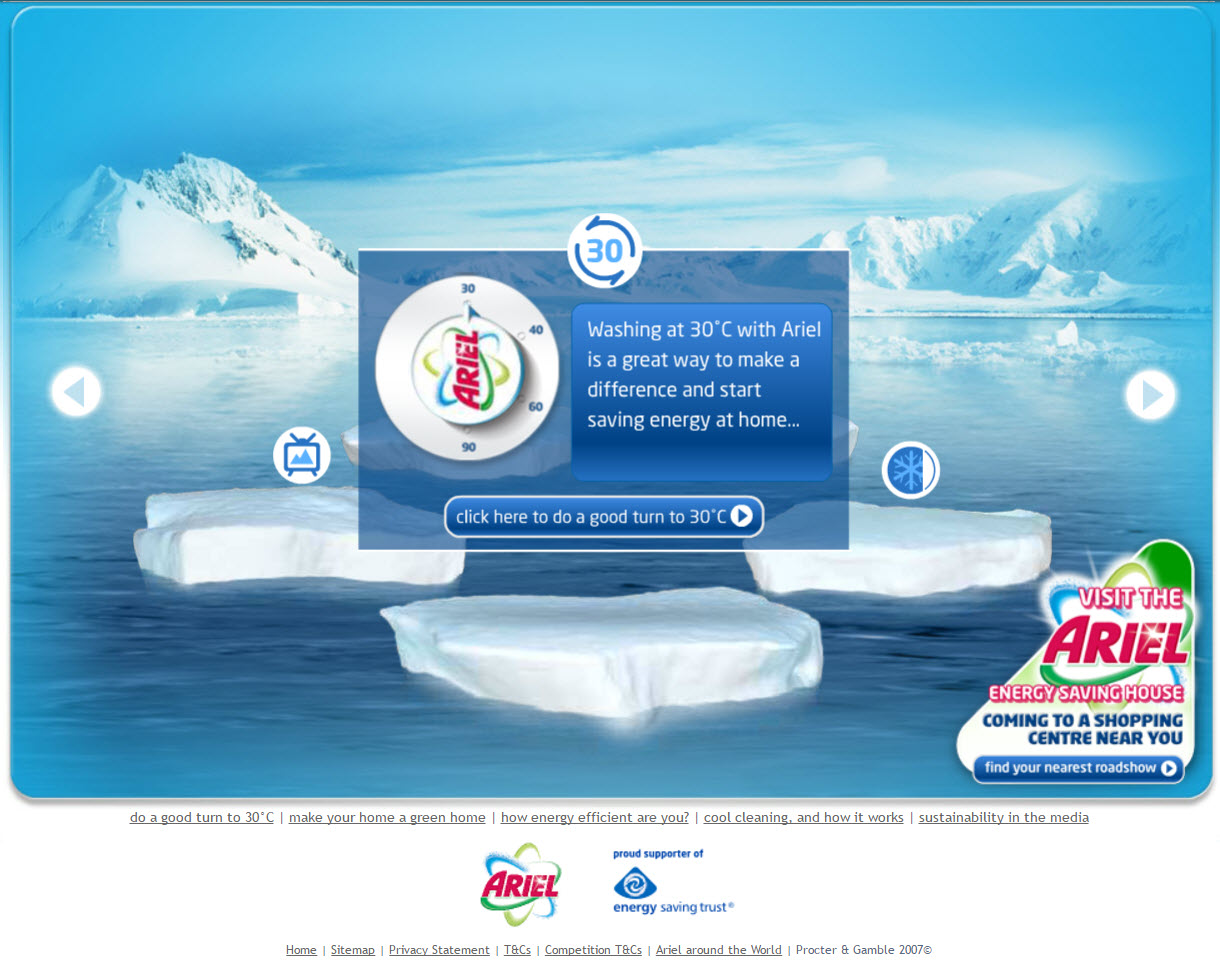 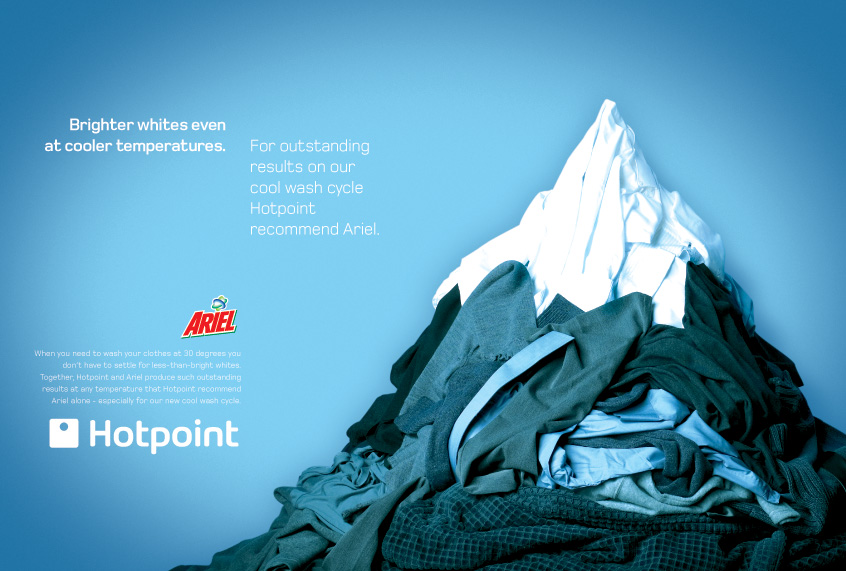 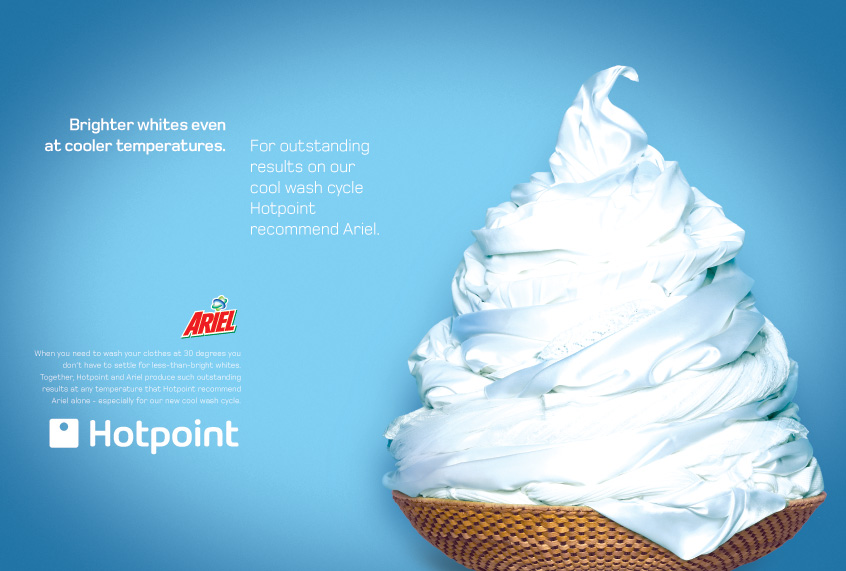 Did the ‘Do a Good Turn’ Campaign Work?

In an October 2008 report by Campaign, P&G asserted that Ariel’s Turn to 30 campaign increased the number of consumers washing on low-energy programs by up to five times, and that existing Ariel customers are twice as likely to opt for these cycles as the average consumer.

According to MarketingSociety.com, post-campaign studies found:

However, Unilever’s Marketing Director has publicly stated that the P&G Turn to 30 campaign for Ariel laundry detergent did not change behavior (Charles, 2010).  He stated that this view was derived from market research carried out by Unilever, in which consumers placed electronic chips in their washing machines to measure the temperature and length of washes.

In 2012, Triple Pundit reported the following insight from Peter White, Director of Global Sustainability for P&G: About 10-15 percent of consumers are very green aware and “are prepared to pay more” for more sustainable products. For another 15 percent, the call to save the planet “totally passes them by.” In the middle is the “sustainable mainstream,” consumers who will choose greener products, but only if it is made easy for them. Primarily, this means they will not pay a premium.