In a Veterans Day commercial which appeared on ESPN, Herm Edwards (an ESPN Analyst) explains that Applebee’s has served 7.6 million free meals to veterans and service members and are about to serve a million more.  Davis says: “My hat is off to Applebees for their commitment to people that have served.”

Herm Edwards, ESPN Analyst: “Applebees has served 7.6 million free meals to veterans and servicemen and women for this special day. And they’re about to serve another million. My Dad was in the service for 27 years: Fought in the Korean War and WWII. He made a difference in my life. I want to make a difference by being here, hearing some stories and relating to some of these folks. My hat is off to Applebees for their commitment to people that have served.” 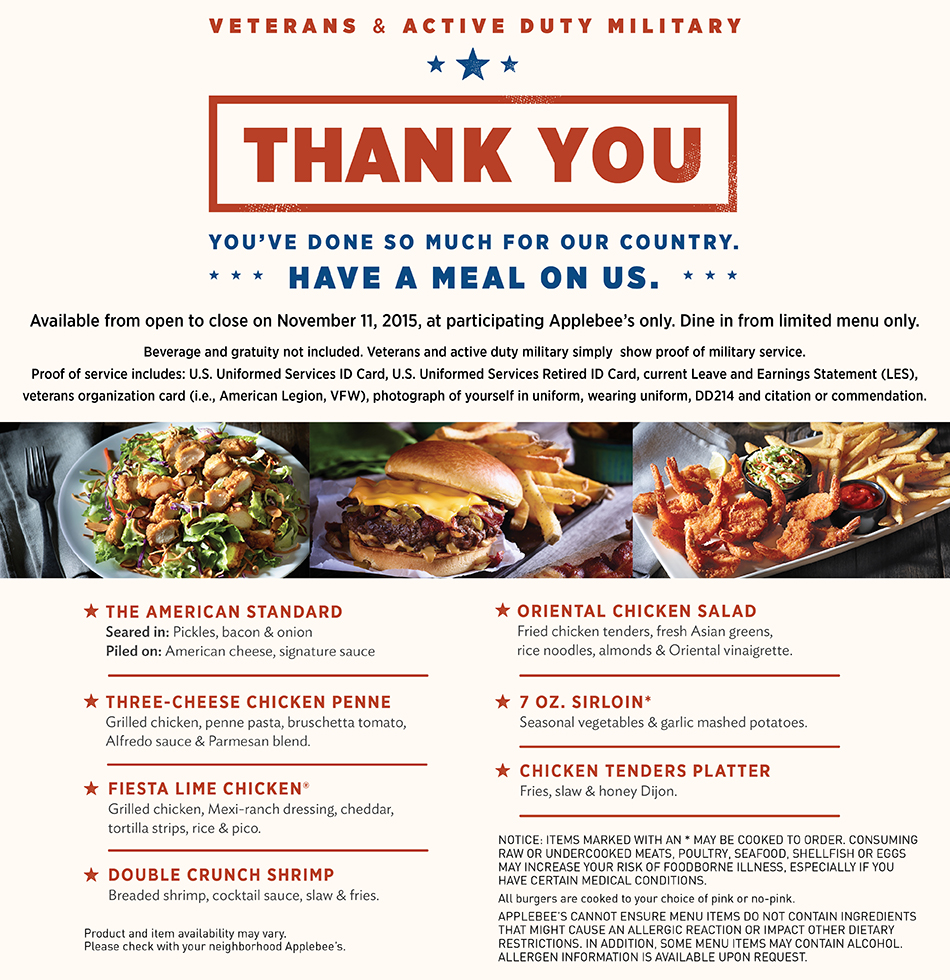 In addition to a free meal on Veterans Day, Applebee’s gives veterans and service members a coupon for $5 off if they come back within the next two weeks.