Uncle Ben’s wanted to “change the way that people think about rice.” The Ben’s Beginners Program positions rice as “a great starting ingredient for a healthy meal.”

News Anchors:  “Two Collier County students are competing in a cooking contest. They’re competing against each other and hundreds more in Uncle Ben’s Beginners contest. The competition is designed to encourage parents and kids to connect at mealtime. That passion for cooking with their mother could win one of these kids $20,000.”

Rachael Ray:  “Plus, this is my favorite (part). This is why we especially love Uncle Ben’s. Plus, that child will take $50,000 towards a cafeteria makeover for their school.”

Narrator:  “Last year, our Begin with Ben campaign set out to change the way people think about rice.  Along the way, we learned some frightening facts about our children’s health. One in three kids in the U.S. is overweight, and because of this, their life expectancy may be up to five years shorter than ours. Since the Begin with Ben campaign is all about how starting with rice leads to healthier meals, we decided we could help. What better way to get kids eating healthier than to get kids cooking?  Children who know how to cook, generally eat healthier, yet many of them don’t even know how to boil an egg. So our idea? Teach them.

We launched the Ben’s Beginners program to inspire families everywhere to make healthier choices together, because the habits we learn as children inform the decisions we form throughout our life time.

To kick it off, we created the Ben’s Beginners Cooking Contest, challenging parents to cook a kid-friendly recipe with their child. Then, ask them to submit a video sharing their experience. The winner would receive $20,000, an appearance on the Rachael Ray show, and $50,000 towards a cafeteria makeover for their school.

First, we held an internal contest for Mars Associates. Then our national contest went live on Facebook and we got the word out. We partnered with Rachael Ray and her foundation Yum-o! We worked with food services and schools nationwide and rallied parents in store and online. The video submission and voting response was overwhelming. (We received over 700 video submissions and more than 59,000 votes.)

Four finalists were selected to travel to New York, joining Rachael Ray for a special segment on her show. Finally, a winner was selected. The community celebrated Sydney’s win at a ceremony at her school.  She also appeared in a featured segment on the Rachael Ray show.”

Narrator:  “The buzz kept growing. (The contest created 813 million earned media impressions) including local media stories generated by the participants’ own PR efforts using materials we supplied. More importantly, though, we got a lot of kids cooking with their families.

Narrator:  “Parents even thanked us for the opportunity to start a conversation about nutrition with their children. But the Ben’s Beginners Cooking Contest is only the beginning. Because we believe we can help change the way the world eats one meal at a time.

White rice is about 90 percent carbohydrate, has a relatively high glycemic load, and can cause inflammation.  Aware that some health-conscious consumers seek to reduce carbs, Uncle Ben’s defends the health qualities of its rice by pivoting to different features, pointing out that rice is “naturally low in fat and cholesterol” and thus “supports a healthy heart.” The HEALTHY HEART claim is displayed prominently on the front of Uncle Ben’s packaging and is reinforced visually with a heart icon. 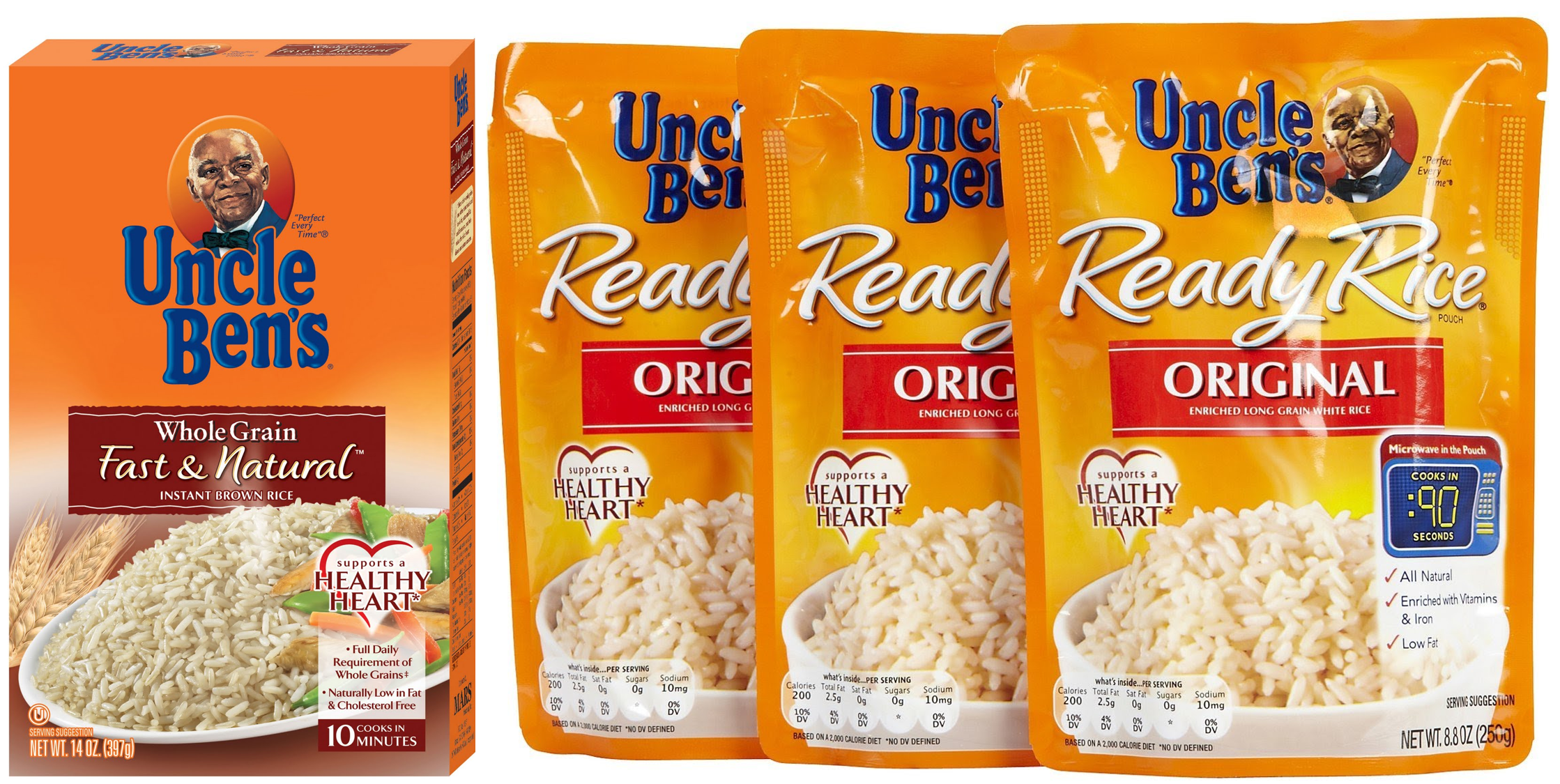 Of course, on-package messaging is noticeable only to those who already have sufficient interest to look. The challenge for Uncle Ben’s: How to get lapsed rice users to reconsider cooking with Uncle Ben’s rice?

Uncle Ben’s wanted to “change the way that people think about rice.”  By asking contest participants to cook a healthy rice dish, Uncle Ben’s reinforced that “rice is a great starting ingredient for a healthy meal.”

The Ben’s Beginner’s Cooking Contest emphasizes: “When you start a meal with (Uncle Ben’s) rice, you end up with a meal that’s better for you.”