Australia’s largest fruit processor, SPC, created the #MyFamilyCan campaign to urge Australians to #BuyHomeGrown. The fruit processor overhauled its SPC and Ardmona brands by featuring photos of Aussie farmers on the labels of its canned fruit.

Gary Goodwill: “I can’t imagine the loss of the family farm in Australia. It tears the heat out of me when I know we’re competing against countries who don’t take the same care in producing food.”

[Due to cheap, contaminated imports Australia was in the grip of a Hepatitis outbreak. This caused nationwide alarm about the origins of food.]

9NEWS.com.au: “The frozen berry hill scandal has deepened with even more products pulled from shelves. The problem with so many products on our supermarket shelves is actually finding where the food came from.”

Tony Abbott, Prime Minister of Australia: “For too long people have been talking about country of origin labeling and nothing much has changed.”

Narrator: “While the nation debated, Australia’s largest fruit processor went into the heart of the issue — the labeling — and overhauled their iconic SPC Goulburn Valley and Ardmona brands with the heart-warming initiative called #MyFamilyCan. We dedicated their most valuable real estate to farming families and developed emotional content Australians could relate to.”

Gary Goodwill: “I’m sitting here right now. My eighty six year old mother is down picking fruit and she’s worked like that all her life. She’s a very tough woman. Putting Australian families on the label gives people recognition of the actual people who are producing product.”

Farmers: “There, right up the front. I thought you’d have it on the back. Look at that little fella; my son.”

Narrator: “We converted four million cans into four million conversation-starters in every major Australian supermarket. Consumers no longer scowered fine print for food they trust. They instinctively reached for familiar faces that went home to millions of households and ignited a nationwide labeling conversation.”

“Then we triggered a surge of support from families around the country. Due to the overwhelming response, the family of cans is becoming permanent across all SPC brands. #MyFamilyCan empowered millions of Australian families and sparked nationwide labeling change. All with a humble can.”

Farmer: “Looks good. I think that might go on the mantle piece. Yes.” 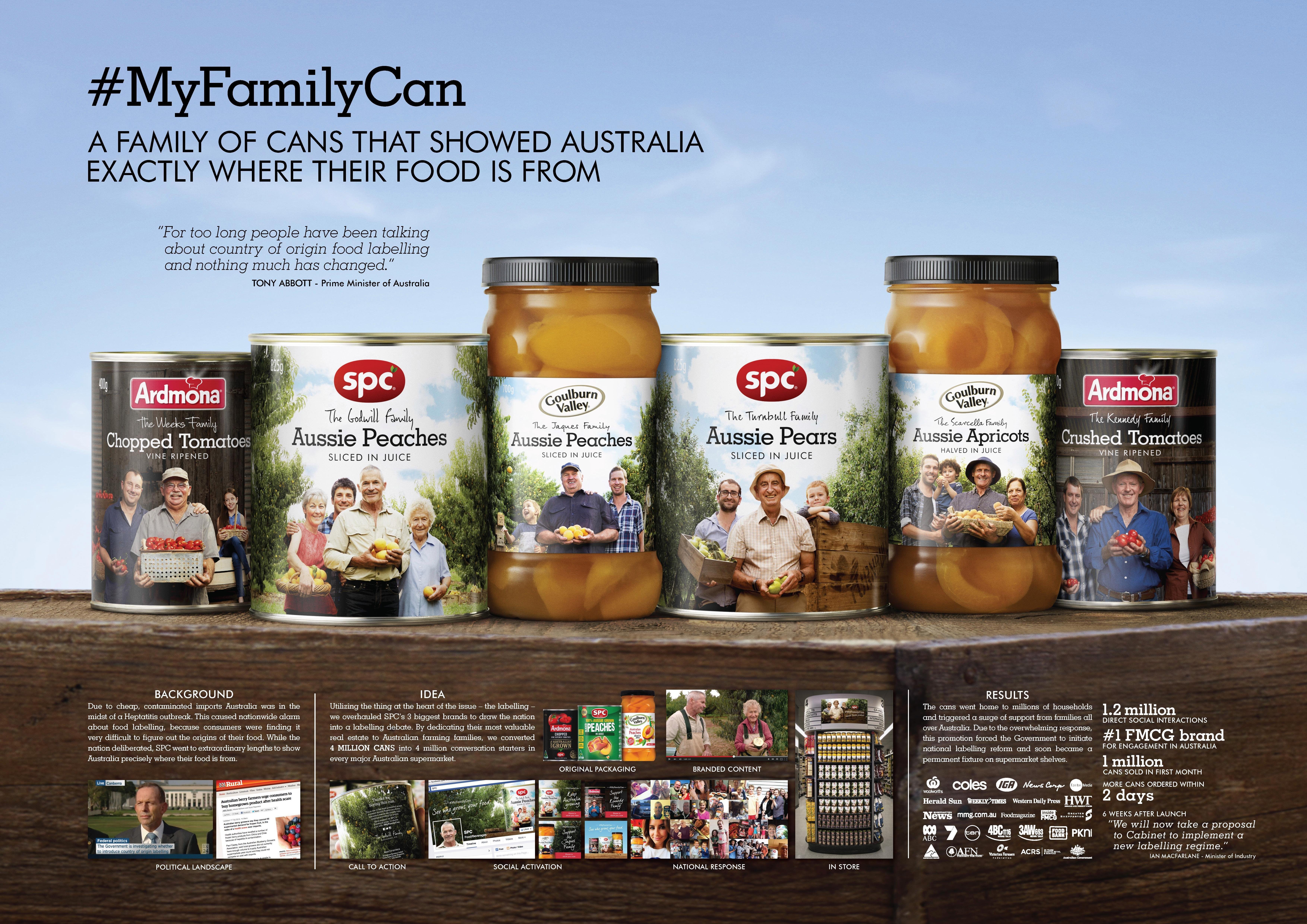 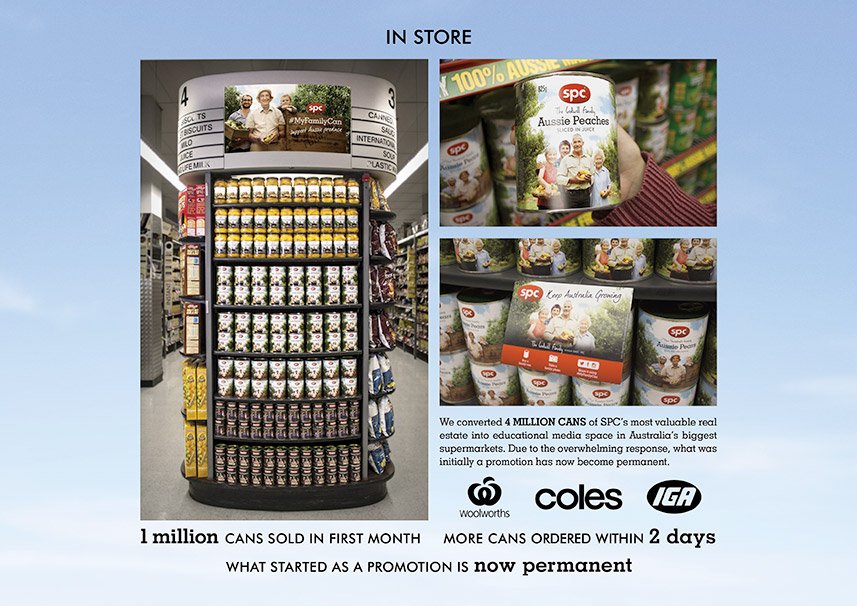