Skittles’ Mob the Rainbow campaign is an example of clever list-building and customer engagement via participation in acts-of-kindness.

Everybody likes something. And these days, it’s almost a given that a brand will have its own Facebook page. But really, what does it mean to be the fan of a brand on Facebook? All too often, after that first click, the fan-to-brand interaction ends. We wanted to change that.

With 3.5 million fans, Skittles was the third largest brand presence on Facebook. But they wanted to give Facebook fandom some meaning — turn it from a digital badge into a digital relationship, by giving the fans stake in the brand’s identity.

Mob the Rainbow was born: a campaign that lived on a Facebook (tab), but allowed fans to participate in real-life events.

In February, for Valentine the Rainbow, the mob wrote 45,000 individual Valentines and delivered them in the arms of a guitar-toting Cupid to one unsuspecting meter-maid.

The resulting viral video paid-off those who had participated by writing Valentines and encouraged more Facebook users to join the mob. In the weeks following Valentine the Rainbow, the Skittles fan base grew to five million.

For the second mob, we gave the mob itself the chance to decide the fun with Poll the Rainbow. After 72 hours and 42,000 votes, the choice was made: Skittles Gifting Tree. The people rejoiced.

For the third mob, the mob itself was once again in the driver’s seat. This time giving one young dreamer the opportunity to achieve an unusual goal: attending bowling college. All they had to do was gather 100,000 likes for his cause, and the Skittles Rainbow Scholarship was his. Did they do it? What do you think? Indeed, thanks to the support of more than 100,000 Skittles fans, James Fulp of Vincennes Indiana is now that much closer to achieving his dream of deodorizing shoes and polishing bowling balls — proving once again that anything is possible with Skittles.

In the first six months of 2010, the Skittles fanbase doubled to 7 million and we’ve only just begun. As more fans participate and share their experiences, the mob will grow and so will its potential for bigger payoffs and most importantly: fun for those who made it possible. 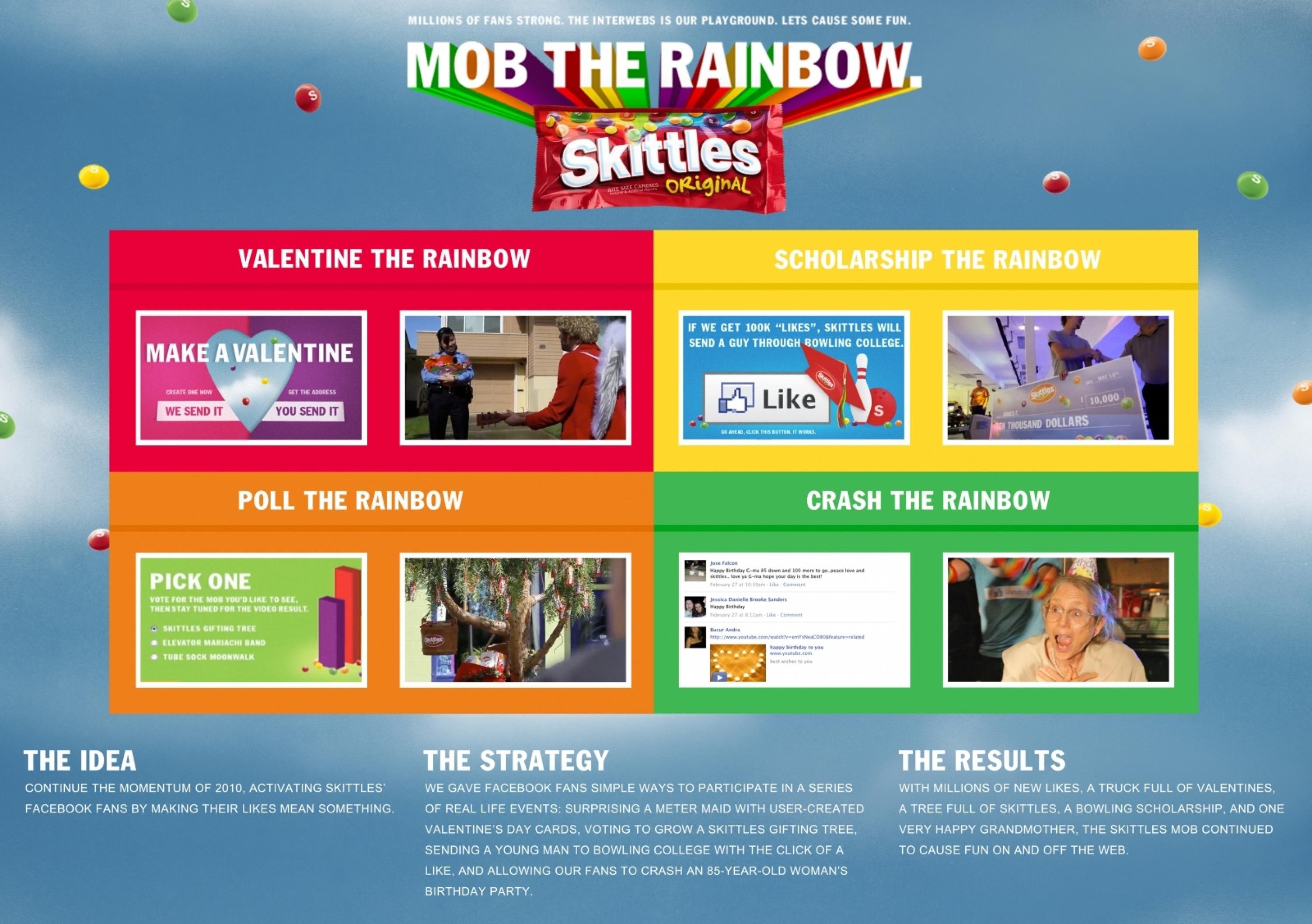 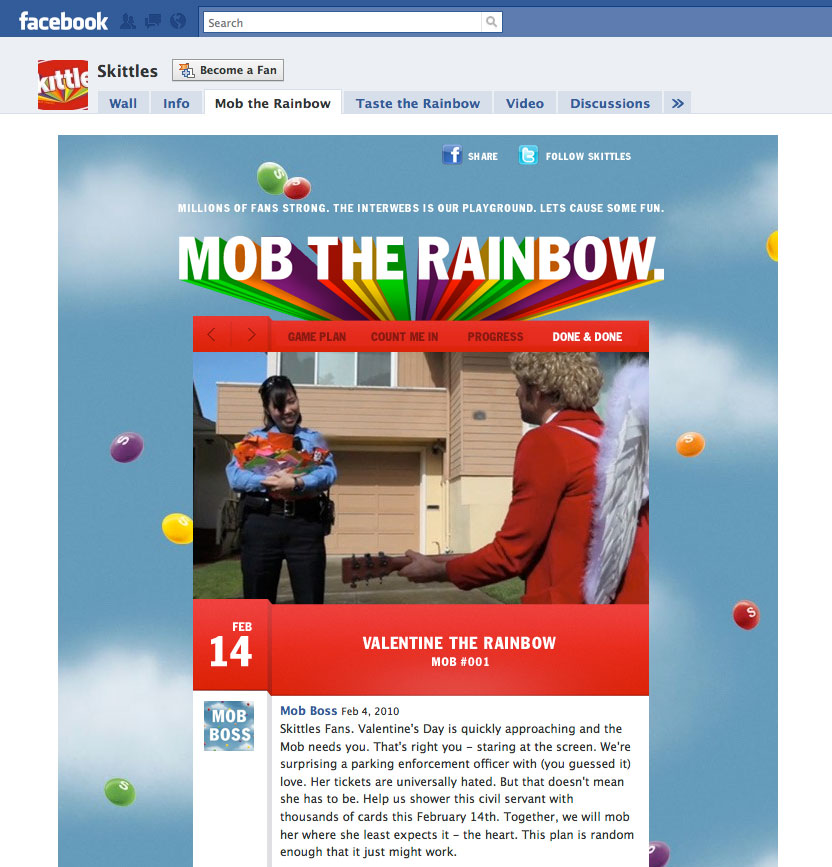