The Prudential 4.01k Race for Retirement refers to itself as, “The first ever run for a cause where the cause is you.” Instead of donating money, participants pledge to save 1% more of their annual income for retirement.

One in three Americans isn’t saving enough for retirement. That will affect our families, friends, and future generations — unless we decide to do something about it.

But can we change that?  Could we get people who rarely think about retirement to spend a whole day making it a priority?  To pull it off, we came to the nation’s capital and did something no brand has ever done before: We created a way to get people thinking, talking, and sweating about retirement. Literally.

The 4.01k Race for Retirement: The first ever run for a cause where the cause is you. And instead of asking you to donate money, this race asks you to save it by pledging one percent more of your annual income for retirement.

Over 18,000 people registered to run. But they didn’t just run, they answered questions and thought about their futures. They thought about where they’d live in retirement and how to be ready for it.  All this — over 40 activities — that got people thinking, feeling, and talking about retirement.

And it struck a chord:

The race in DC launched a national campaign. We partnered with MapMyFitness so people all across America could join in. And soon more than 80,000 people from 10,000 cities signed-up to run their own 4.01Ks.  But more importantly, the race made a huge impact: Collectively, all of the pledges could grow to an additional 1.3 billion dollars in retirement savings.

And this is just the first of many races to come. We’re already making plans for the next city this fall.

In a world where brands are happy to hook people for 5 seconds, the Race for Retirement engaged people for 5 hours and it inspired everyone to finally stop ignoring retirement and start planning for it together.

Race for Retirement Integration with MapMyFitness

Within the social workout app, Prudential challenged users to run their own 4.01K and incentivized them to take the 1 Percent More Pledge. 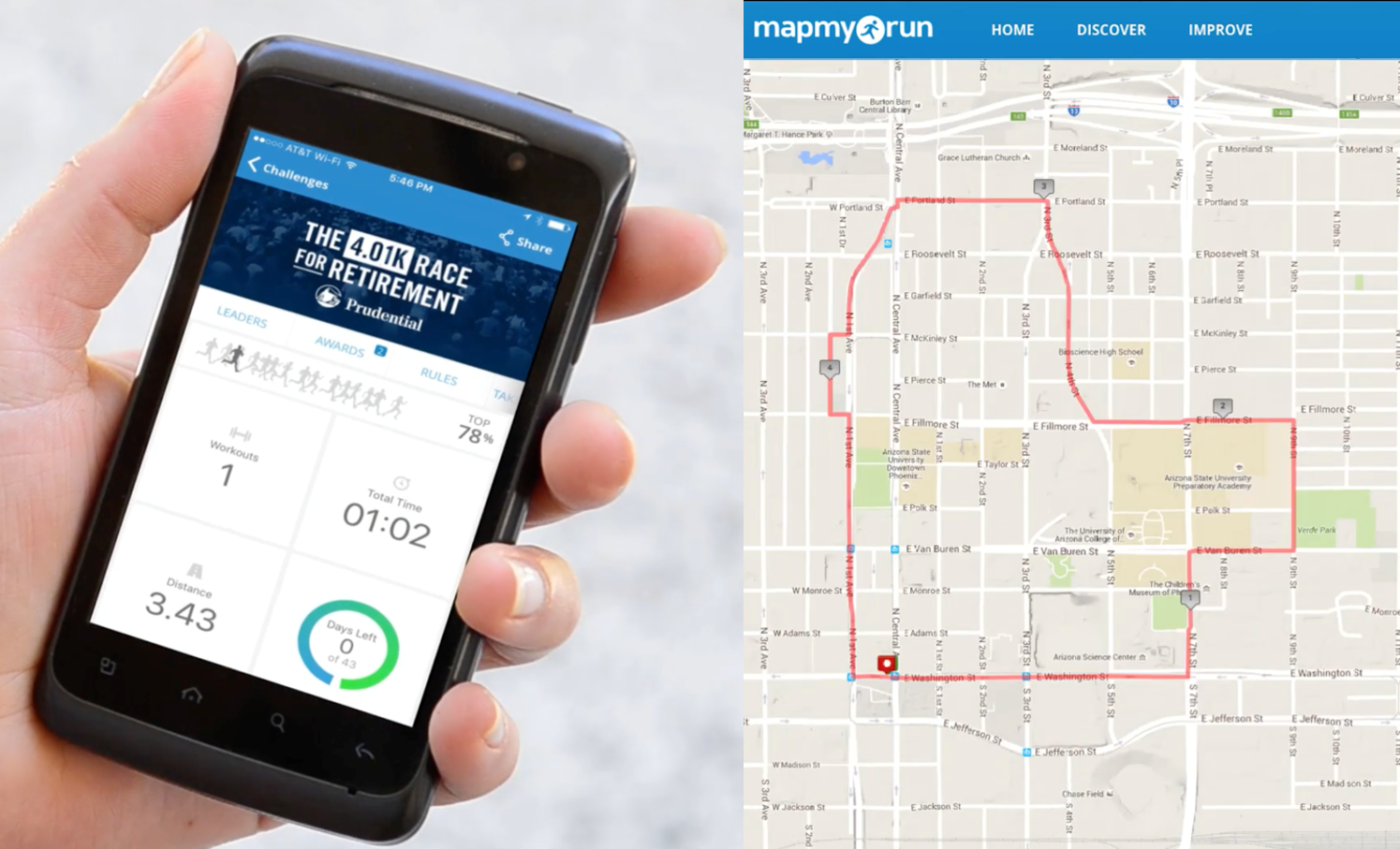 Professor Dan Gilbert explains an experiment where 4.01K runners had the option to run through gates labeled “Yes” or gates labeled “No”.  Atop the gates were questions, such as: