Philips is famous for consumer electronics, but they want the world to know that they also create healthcare technology that improves people’s lives.

We set out to create a campaign that used music to change the lives of a group of people with one thing in common: every breath is a battle.

Claire:  “I went into full on lung failure. I was in a coma for around three and a half weeks. After that I had to be on oxygen.”

[Imagine trying to sing when every breath is a battle.]

Respiratory Patients, singing:  “Twinkle, twinkle, little star. How I wonder what you are.”

With the help of world renowned choir master, Gareth Malone and Philips Simply Go Mini portable oxygen concentrator, this group of unlikely people came together to do something they never thought they could: Learn to sing. In just five days, they were transformed.

The choir performed a custom choral arrangement of The Police’s Every Breath You Take, composed by Gareth Malone specifically for people with breathing difficulties.

Their performance captured the hearts of millions of viewers.

Many watched over 17 minutes of original content and some were even inspired to join in. The choir was featured in major publications, triggered hundreds of articles and tens of thousands of tweets and blog posts, resulting in 650 million media impressions.

The documentary-style video is supplemented by four additional online films that focus on a different aspect of the singers’ journey. Viewers learn that many of the respiratory patients have difficulty speaking let alone singing, alleviated somewhat by the Philips’ SimplyGo Mini portable oxygen concentrator.

The films use cause marketing to indirectly promote the Philips’ SimplyGo Mini — without running afoul of advertising regulations for prescription products. 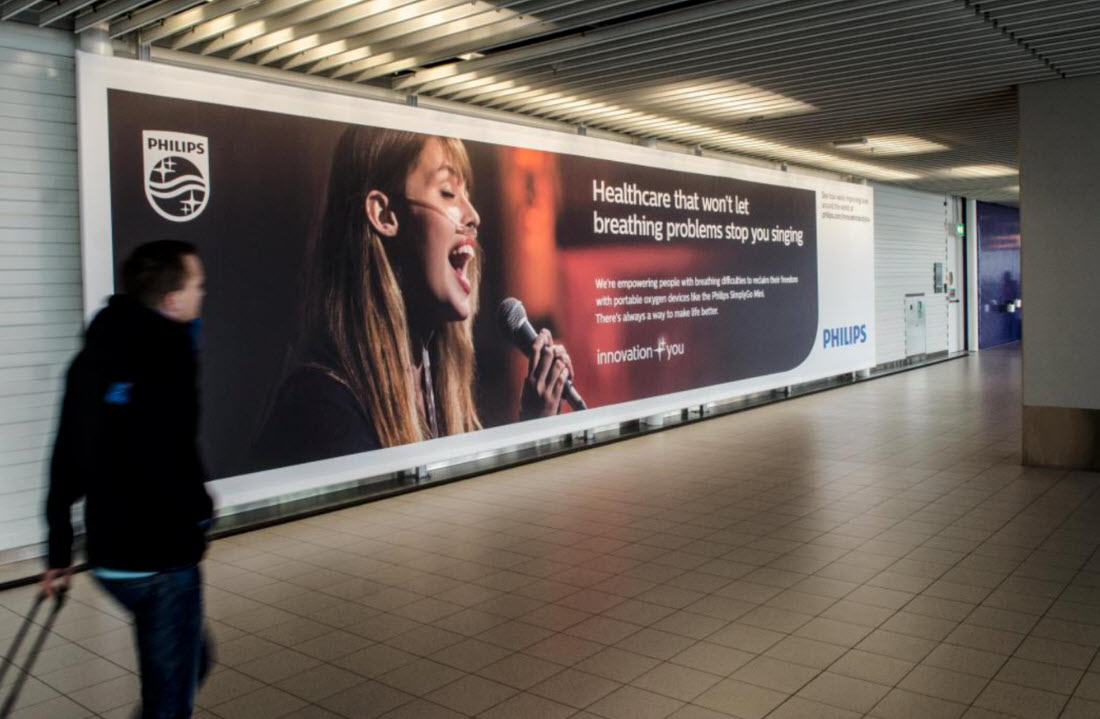 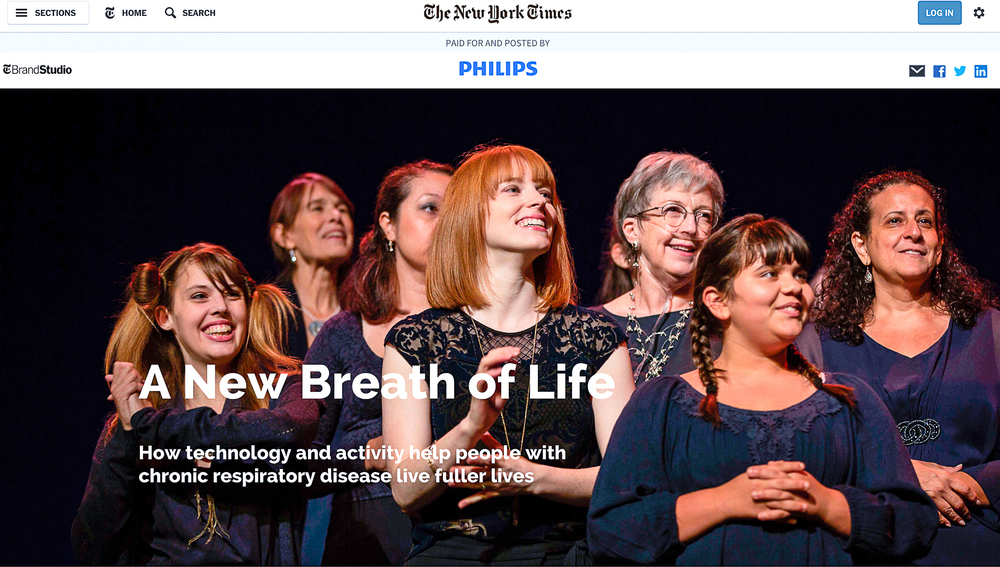