Perla Soft developed and distributed the Protective Bucket, a special laundry bucket with a compound made of Perla Soft fabric softener and Permethrin, a repellent that adheres to clothing fibers and kills all mosquitoes that approach it. Whenever an outfit is put to soak in the Perla Soft Protective Bucket, it automatically turns into a weapon in the fight against the Zika virus.

[Newspaper headline: Zika Virus threatens Ecuador — Those who suffer the most illnesses caused by insects are the people who live in the poorest areas…]

“The lack of infrastructure and the high cost of repellents leave people who live in the most affected areas vulnerable to mosquitoes. So the brand of fabric softener that has always affected people’s clothes is also helping to protect their lives.

Perla Soft presents Protective Bucket. We created a special bucket with a compound of Perla Soft fabric softener and Permethrin — a repellent that attaches to fabric fibers. Permethrin does not leave a smell on the clothing and has no harmful effects on human skin, but it is capable of killing all of the mosquitoes that get close to it. That’s why it’s used on the uniforms of American soldiers in high risk zones.

The Protective Bucket was developed with a device that avoids direct contact with the compound and a slot to facilitate changing the refill. The bucket was designed for water to circulate around the bottom, gradually dissolving the compound and creating a whirlpool effect that spreads its through the clothes. The garments just need to be left soaking for one hour to release the compound’s particles and repellent automatically.

Each bucket can be used at least 50 times and clothes soaked in it will stay protected for up to 40 days or 7 washes. Then, just change the refill to keep protecting your wardrobe. That’s how we were able to turn a simple object that’s part of the local culture into a lifesaving tool.

Families living in the most affected region received the bucket and a new batch of 50,000 units is already in production.

Regardless of social class, most laundry rooms in Ecuador use the same tool: the bucket. However, mosquito repellents are expensive and are not usually found in houses of the poorest people, who live in the areas most affected by mosquitoes due to a lack of infrastructure.

According to Perla Soft: “The brand that has been protecting the Ecuadorians clothes for years, now also helps protect their lives. The Protective Bucket is like any other bucket, but in addition to leaving clothes soft and fragrant, it also has the power to transform clothing into real lethal weapons against disease-transmitting mosquitoes.” 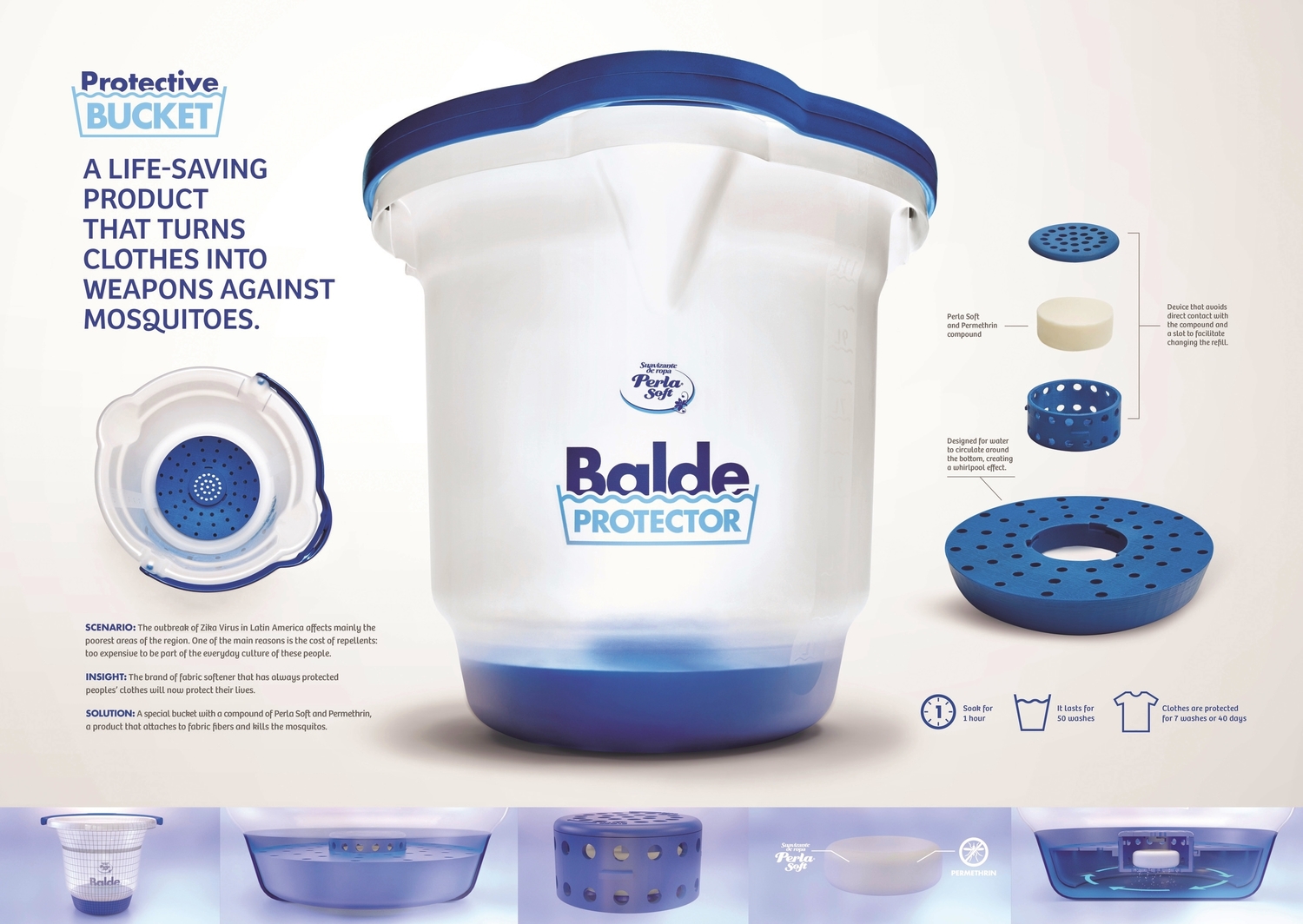