It was the dreaded word that was on the lips of every Sri Lankan: Dengue. The deadly mosquito-born fever had reached epidemic proportions. With over 30,000 people affected in 2013, the disease had claimed too many lives, including the lives of young children.

Mawbima, a mass-market nationwide newspaper, wanted to do its part in the fight against Dengue, but how could it truly make a difference?

People read the newspaper in the early morning and evening, the very time the Dengue mosquito strikes. This gave us an idea: If we mix citronella essence, a highly effective natural repellent with ink, we could create a newspaper where every letter of every word stopped mosquitoes from biting.

Our campaign began with striking ads, where letters in the vernacular blocked the Dengue mosquito. These ran in the newspaper during National Dengue Week and were shared on Facebook. They were also used as posters at prominent bus stops. The posters were coated with citronella essence, so those waiting for a bus wouldn’t get bitten.

Finally, on the last day of National Dengue Week, which was also World Health Day, Mawbima published the world’s first mosquito-repellent newspaper, a newspaper where all the letters of all the words helped Sri Lankans stop Dengue.

And the results were inspiring. Even with a bigger print run, the paper sold out by 10 AM, a sales increase of 30%. But what was even more remarkable, was that the newspaper’s readership increased by 300,000, allowing us to help and educate more people than we ever expected. Through the power of a simple innovation, we had given Mawbima the last word on Dengue. 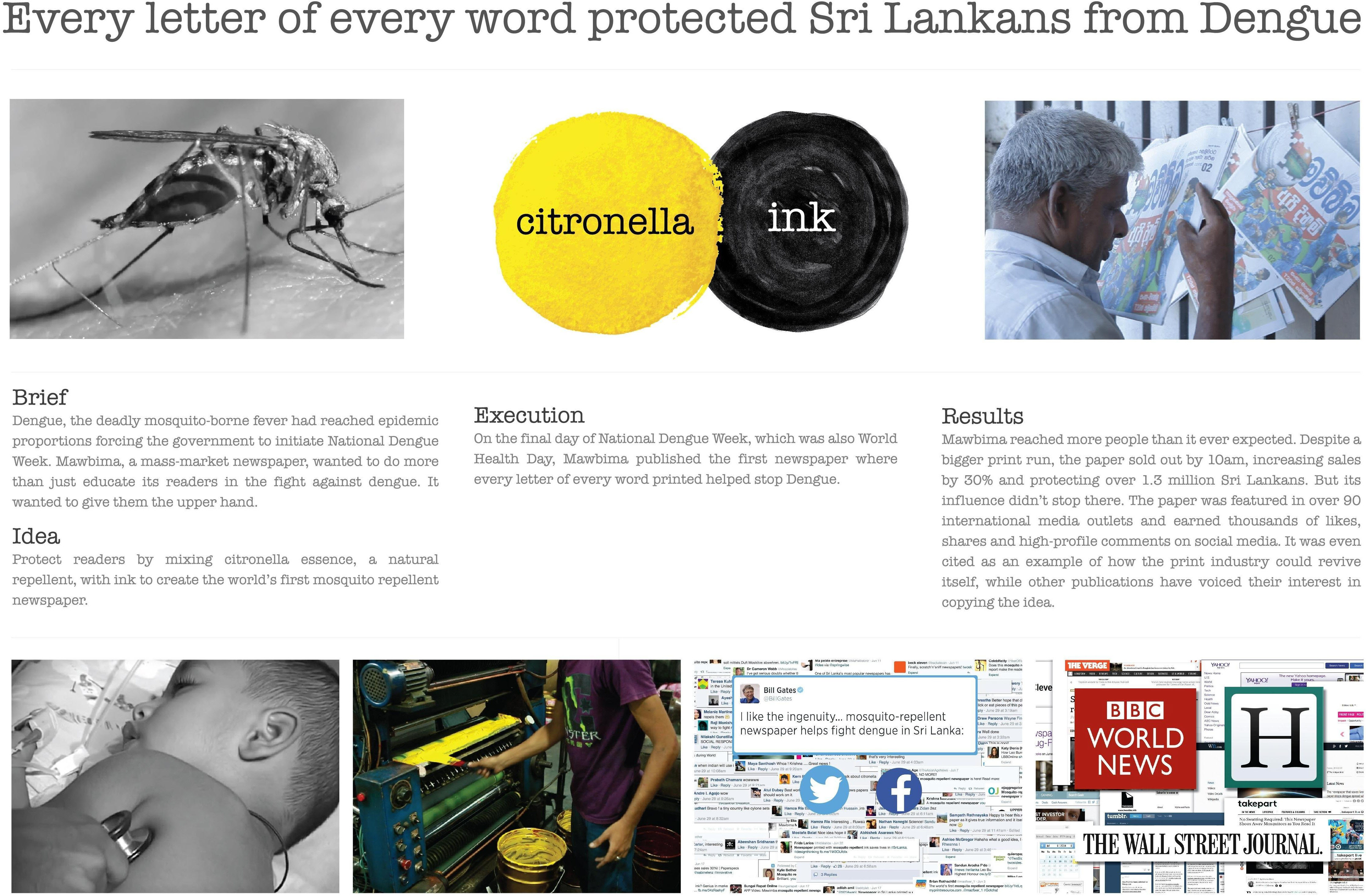 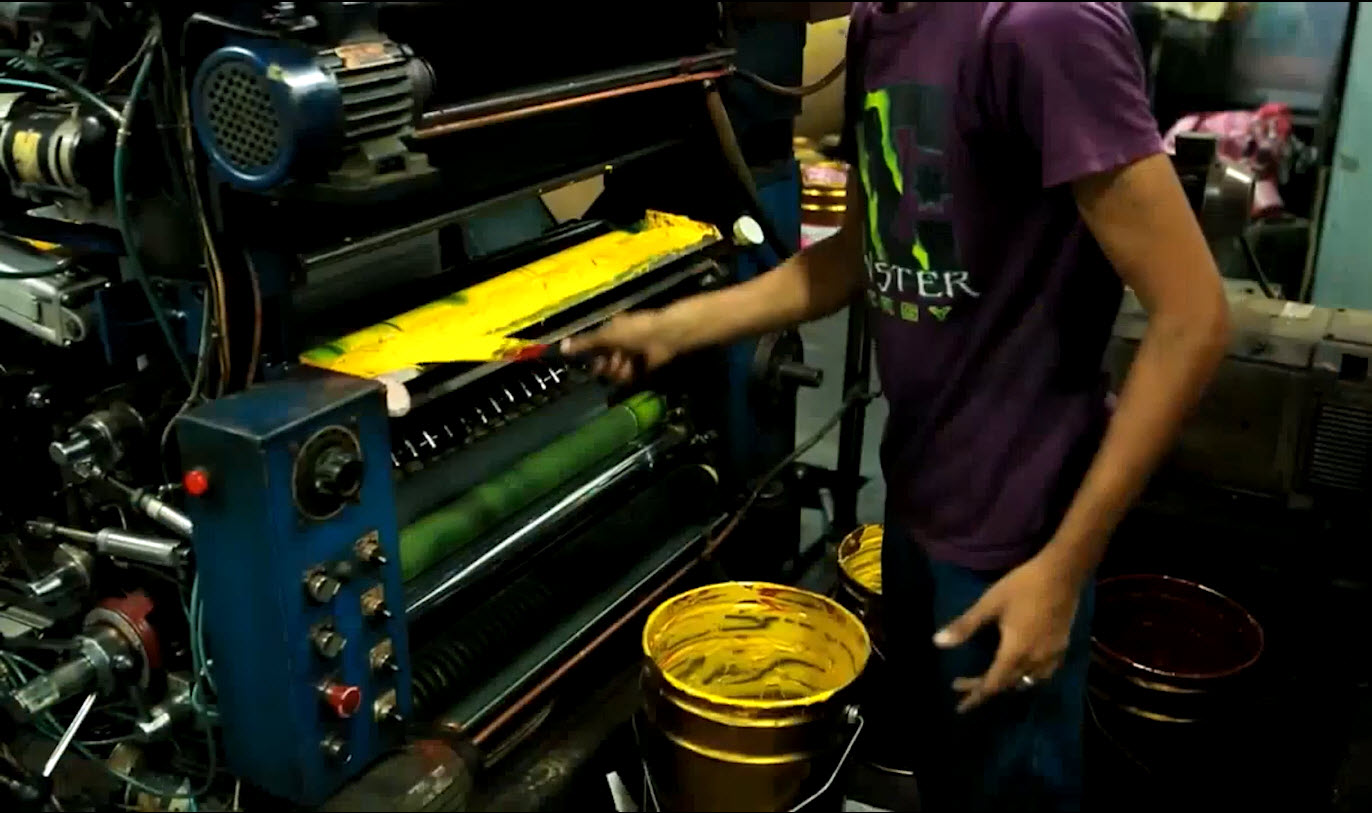