A 6-page ad spread in Vogue magazine positioned Lexus as sustainable and innovative. Lexus wanted fashion tastemakers to share that the 2011 Lexus CT Hybrid was 90% recyclable.

The Lexus CT Hybrid is 90% recyclable. To prove it, we started with an idea that would have no place in the pages of an auto magazine. Then, we chose to work with Vogue to create a print piece purpose-built to challenge a non-traditional audience to rethink notions of sustainability and style in automotive design.

But we didn’t stop there.

Challenging four award winning fashion designers to create new products from actual parts of a disassembled Lexus CT, we created a fully integrated media experience that not just enlivened six pages of the January issue of Vogue, but also transcended the bounds of traditional print advertising.

Five short documentary films highlighting each designers process from inception to creation headlined a quiver of exclusive content pieces that leveraged a variety of social media channels to engage Vogue readers, Lexus enthusiasts and even our designers’ vast social networks via their own Facebook pages.

New territory for an automotive company, we left behind the cavernous halls of the Detroit International Auto Show in favor of the Vogue Lounge during Art Basel Miami, highlighting Lexus’ progressive approach to sustainable design with an intimate, live fashion experience and charity auction.

Unprecedented in the automotive category, we leveraged the power of a media partnership to engage a fashion-forward and environmentally conscious audience, proving that in today’s advertising landscape, it’s not just about getting impressions, but leaving one.

Lexus Fashion Workshop, as featured in Vogue in January 2012

The 2011 Lexus CT Hybrid is 90% recyclable, which Lexus sought to promote to fashion tastemakers who were motivated by sustainability. So, a print ad spread in Vogue magazine was used to position Lexus as pushing the limits of sustainability and innovation. 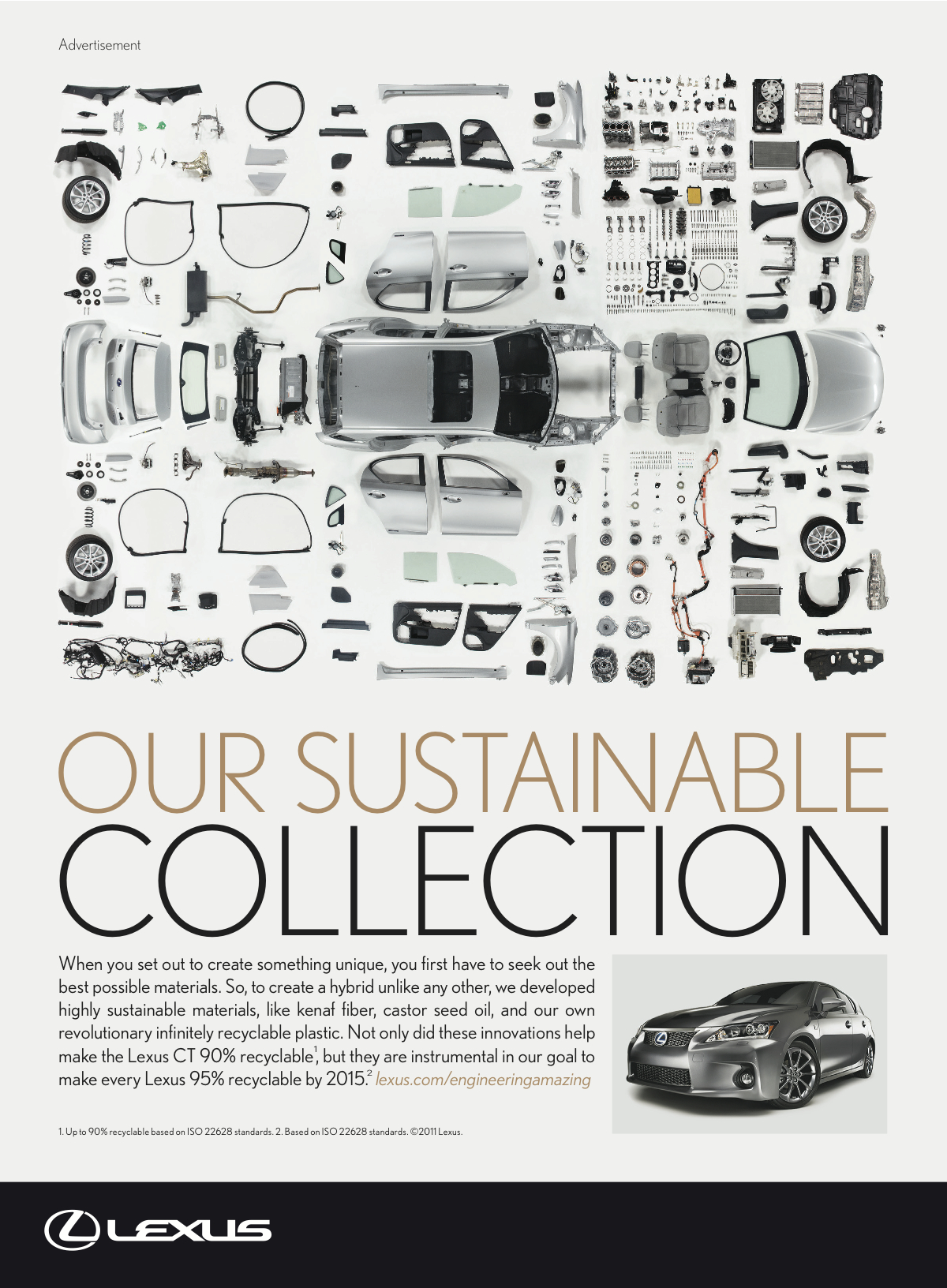 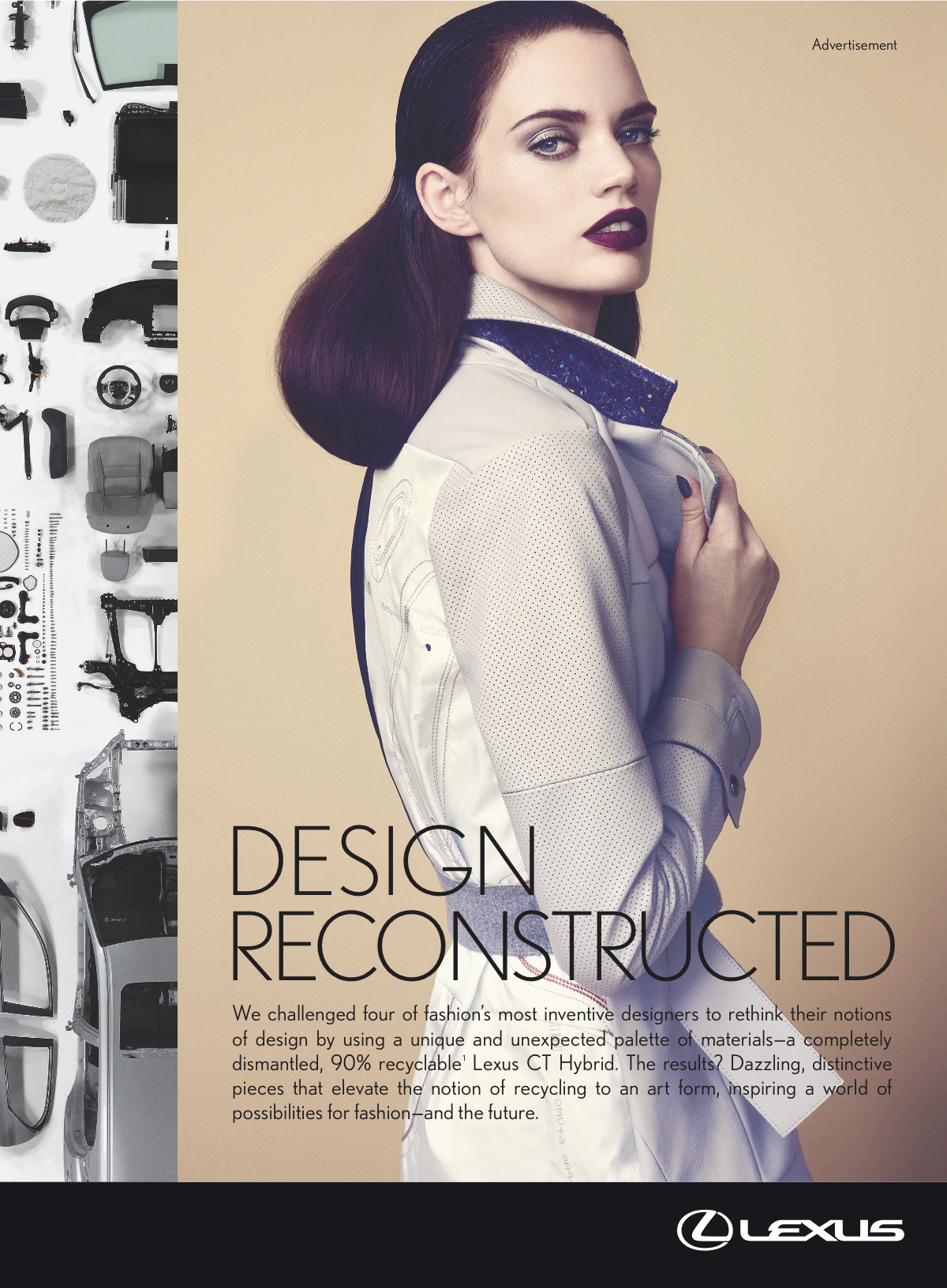 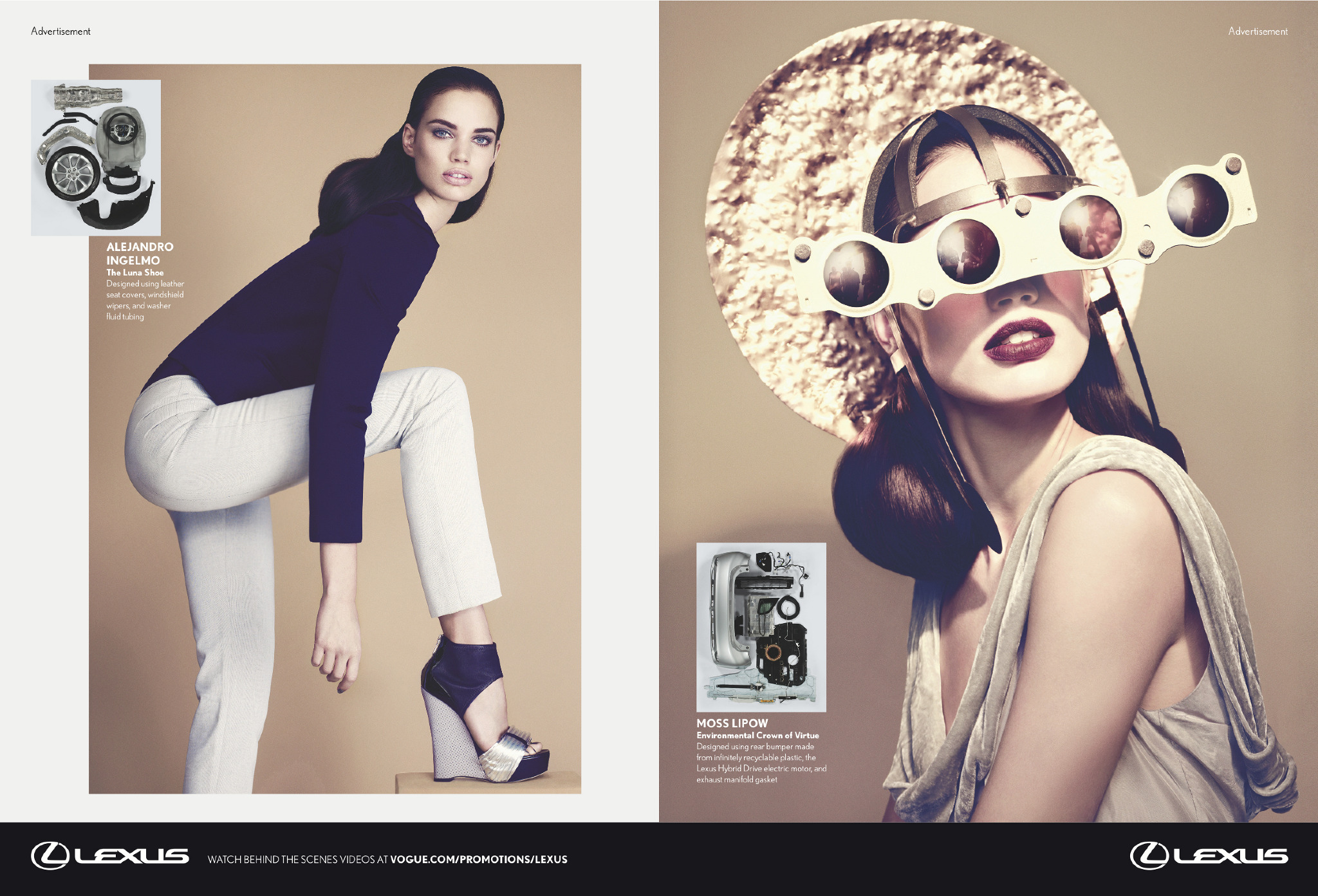 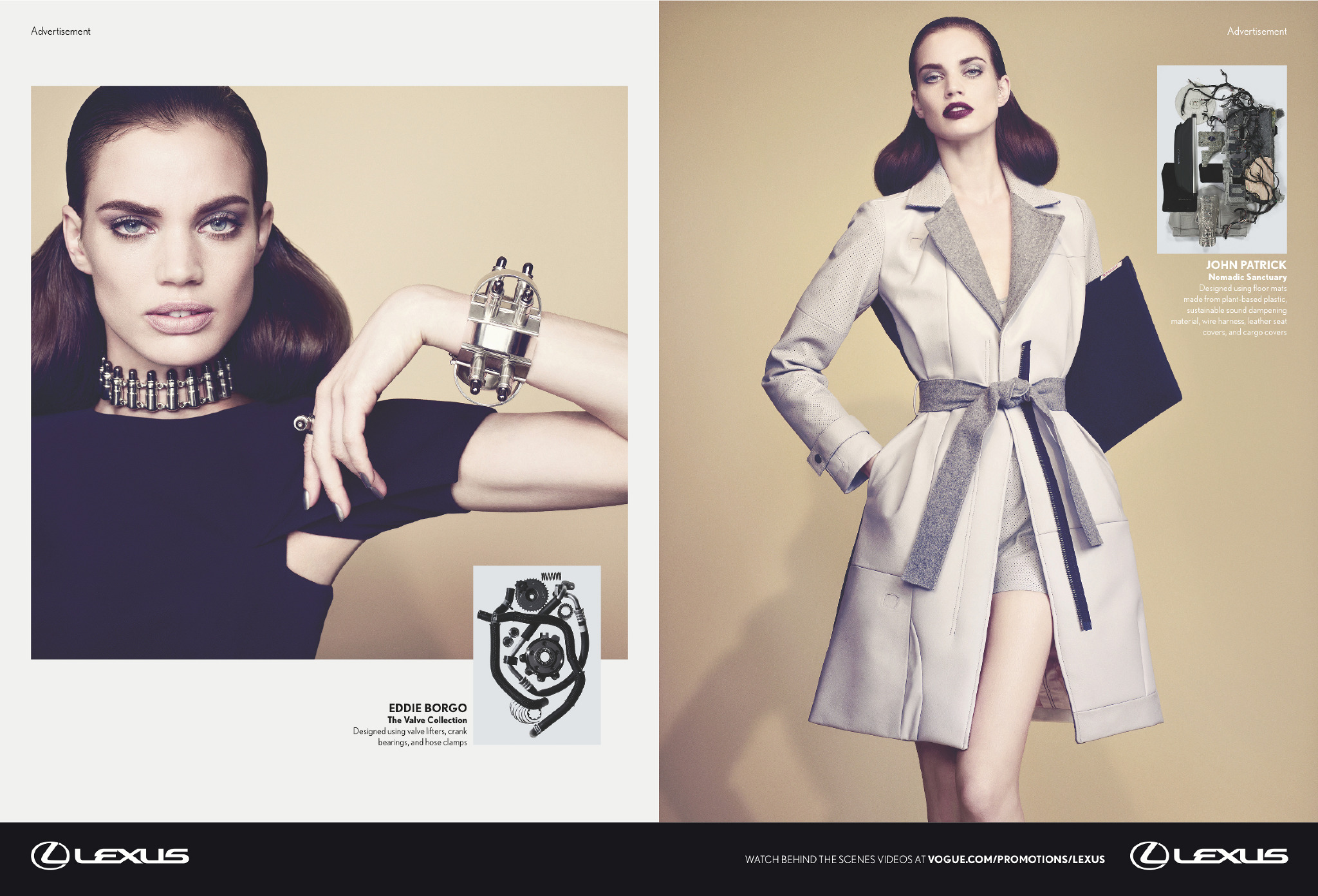 Lexus disassembled the Lexus CT Hybrid into 2,000 parts and invited 4 fashion designers to choose their favorite parts and transform them into wearable art.

The designs were featured in a high-fashion 6-page spread in Vogue, and 5 short documentary films revealed the designers’ process from inception to creation.

There were 136 million earned editorial impressions, appearing not just on auto sites but also across fashion, art and environmental news outlets.

Ecouterre wrote, “From car parts to couture, Lexus is on a mission to elevate the concept of recycling. One thing’s for sure, we’ll never look at our 4-wheelers quite the same way again”.

According to The Wall Street Journal: “For Lexus, the (project) will raise its profile as a luxury brand, giving it a sense of edginess it has lacked”.