Narrator: “This is Riaan Manser, extreme adventurer: the only man who cycled around Africa alone and kayaked the arctic. In 2012, he undertook another challenge: to cycle across South Africa. It should have been easy. But this time, there was one big difference. This time, he was starving himself. To show people the crippling effect of hunger on South Africa’s children, Riaan embarked on a 6-week, cross-country expedition — on half the calories his body needed.”

Narrator: “From a satellite view, the 4,100 km route spelled out the word “hope” a reminder that a solution to child hunger exists.”

Narrator: “Add hope. KCF CSR and an in-store (collection box) which lets customers donate 2 Rand to feed a hungry child. Riaan’s struggle demonstrated what happens to the human body when starved or fed. 1.23 million people watched as he battled against the elements: the road, and his own body. He stopped at charities in 5 provinces, where he ate what the children did. People could tweet him extra calories, but Riaan didn’t’ take them, leaving this as his only real source of sustenance.  Each time, the effects were almost instantaneous. Riaan was happier, stronger, and faster. One meal made all the difference.” 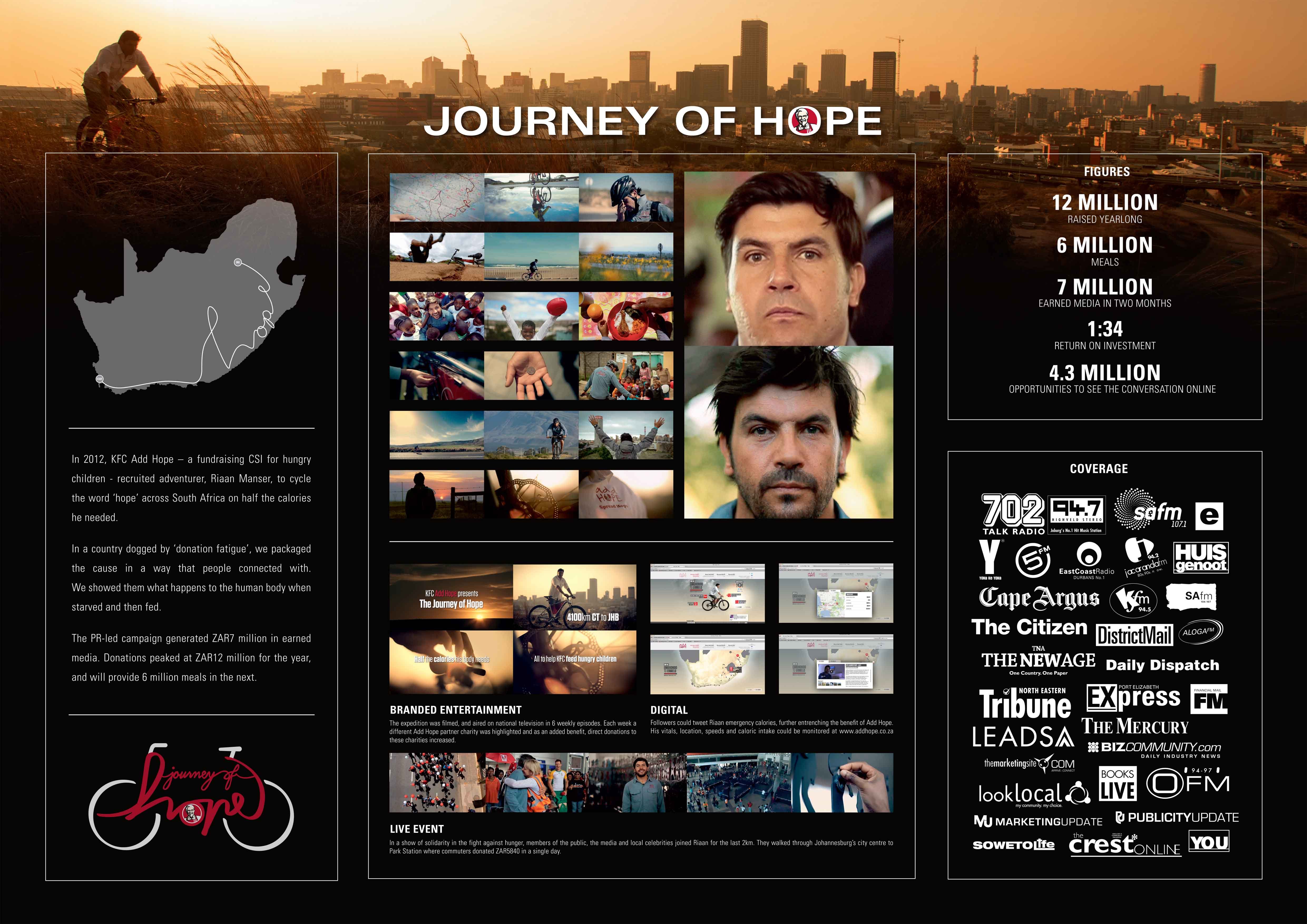 More information on the ‘parent’ campaign is available in the KFC ‘Add Hope’ case study.