Ever try to function on an empty stomach? It’s pretty much impossible, especially when you’re a kid. Sadly, 3.2 million South African children do not get enough food in order to grow and learn.

As one of South Africa’s best loved brands, KFC felt obligated to help. In 2009, we added a new item to our menu. We added hope. In any of our stores, customers can buy a side item for just two rand. This two rand goes towards feeding a child. It’s a small amount, but it makes a big difference to a hungry little one. Through more than 100 beneficiaries, we feed over 113,000 kids every day.

With the help of ordinary South Africans, Add Hope has raised 321 million rand over the past seven years.

The initiative is now being rolled out globally, with 41 other countries already adding hope through their KFC stores.

KFC’s Add Hope campaign has not only had a big impact on the lives of thousands of kids, but also on the KFC brand. It commands awareness levels of over 75% amongst consumers, which leads to increased affinity for KFC. Consumers say that they’re more likely to buy from KFC because of Add Hope, which contributes to KFC being voted a top brand in South Africa. Over the past five years, Add Hope has generated more than nine million rand in earned media, plus 93% of our staff say that they feel good about the way KFC contributes to the community.

But this is only the beginning:  This year, we aim to feed 115,000 kids, and in five years, we want to increase this amount by more than double. As Add Hope keeps growing, so too does the KFC brand, because by doing good, we also do good business. 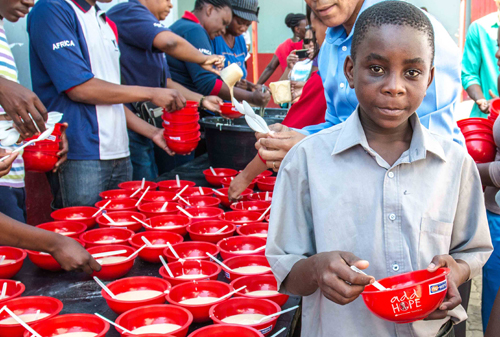 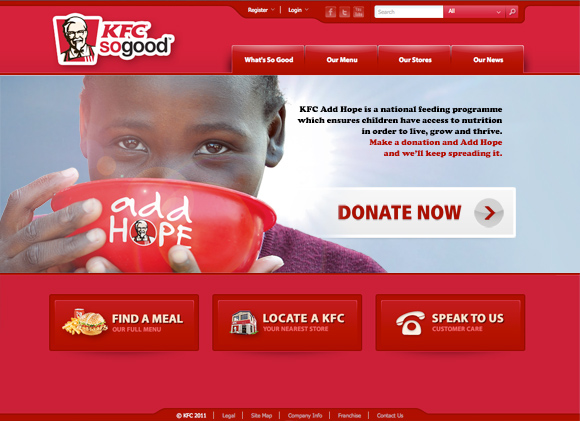 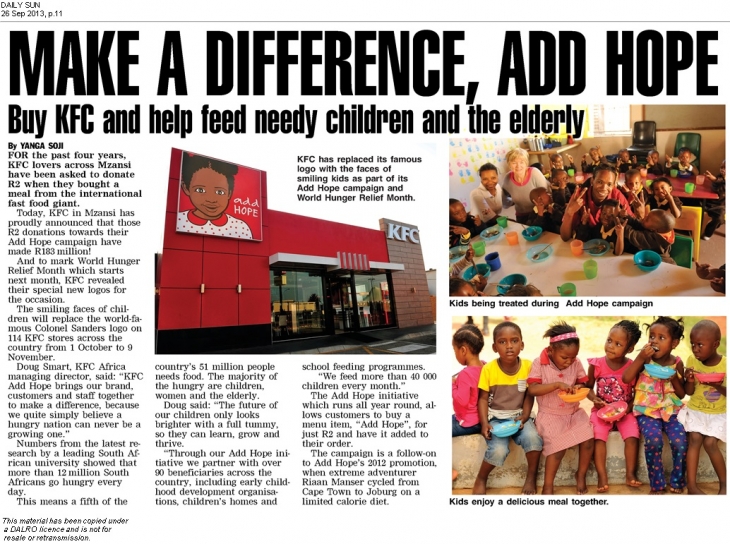 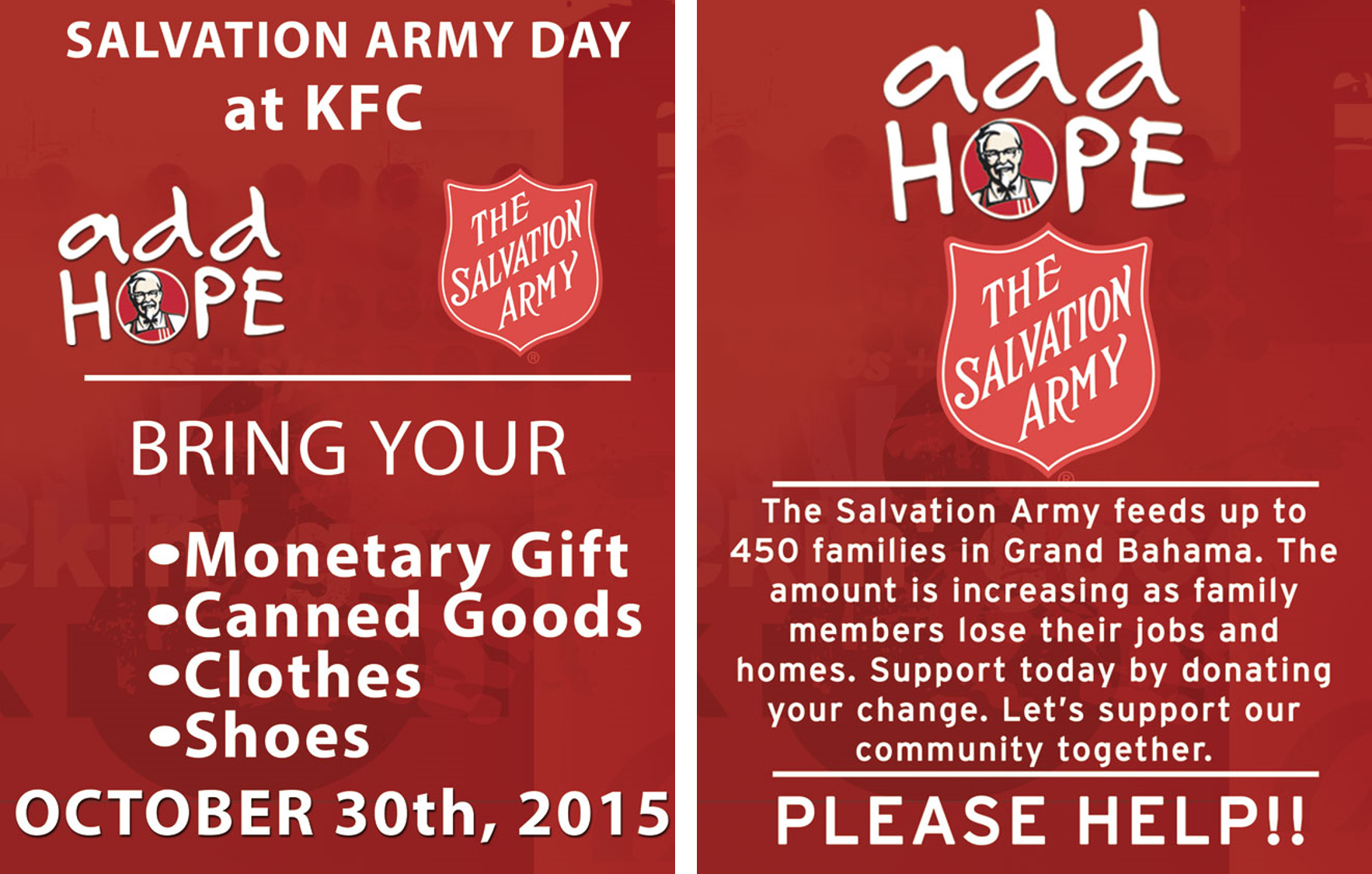 In India, the Add Hope campaign followed a “You buy. We’ll give.” model, with the translated tagline: “You eat. They eat.” 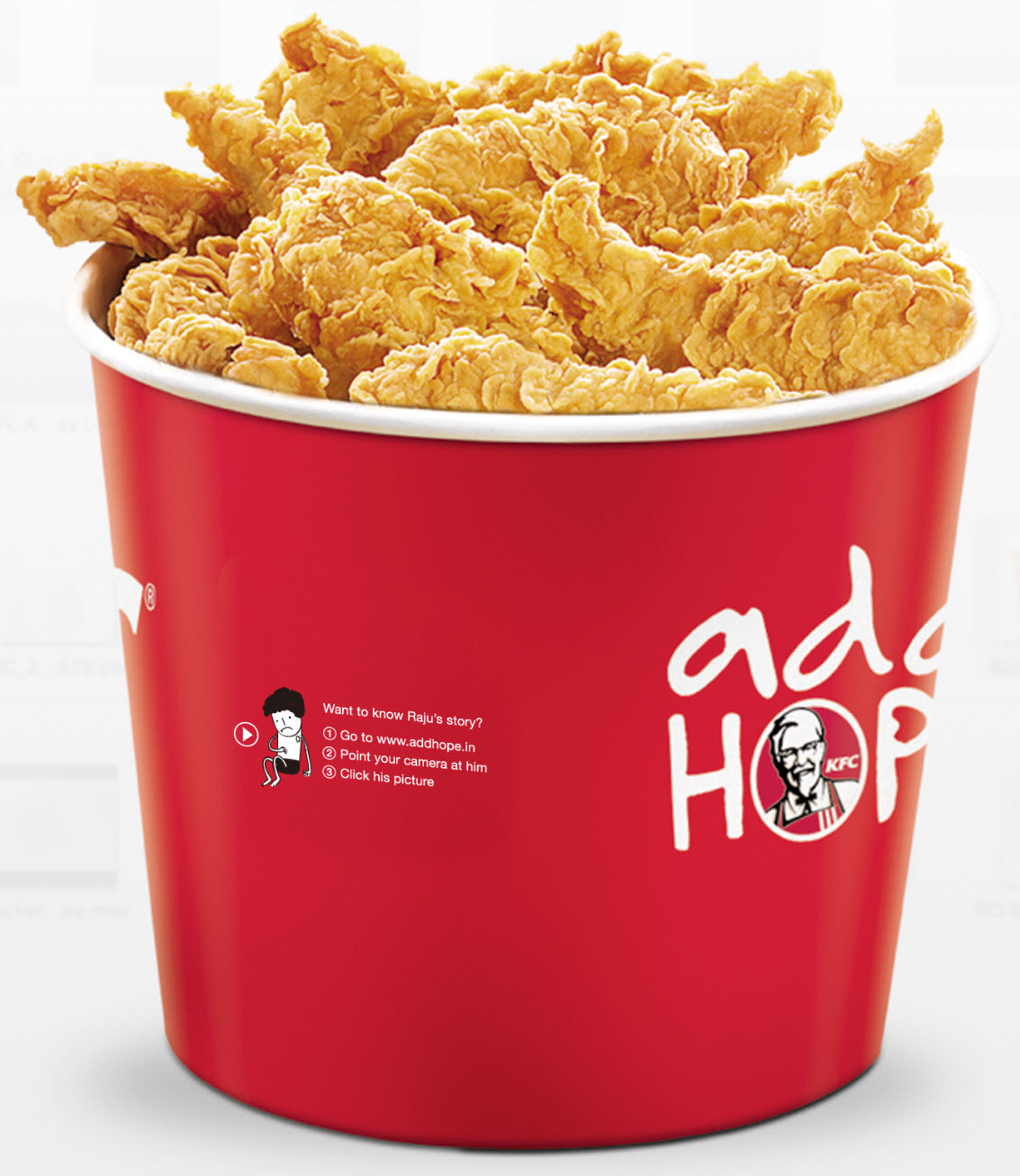