Duracell partnered with the National Volunteer Fire Council to associate Duracell batteries with reliability and supporting local, volunteer firefighters. This Duracell campaign — Power Those Who Protect Us — featured CeeLo Green’s Thank You remix.

Surprisingly, more than 70% of all U.S. firefighters are volunteers. Most of them protect small communities, and it’s common that a local firefighter is a family member, neighbor, or friend.

To get parents reinvested in Duracell’s reliability, we wanted to create a way to thank some of our most reliable people in the community by using the brand.

Firefighters rely heavily on battery-powered safety equipment, so we partnered up with the National Volunteer Fire Council and launched a battery donation drive.

At the heart of our efforts was Facebook, with firehouses creating profiles, sharing stories, and appealing for battery donations. A special YouTube channel featured interviews with local firefighters.

As some heroes and stories gained popularity, we incorporated them into a broadcast and TV spots. Online display advertising drove visitors to our microsite and to our Facebook forum.

We created and broadcasted a thank you platform, and people everywhere responded. When Grammy Award-winning artist CeeLo Green caught wind of our project, we soon found ourselves in-studio rerecording his multi-platinum selling single Forget You to say instead Thank You.

For young parents, the perception of Duracell directly helping their local community increased 10.5%. Purchase intent increased 8.8%, and CeeLo Green’s Thank You was downloaded over 11 million times with more than 228 million views.

The important statistic however was that a staggering 18 million Duracell batteries were donated to (over 11,000) volunteer firehouses all over the country.

Duracell’s ‘Power Those Who Protect Us’ Commercial

In-Store Packaging: “You Buy. We Give.”

For every 10 Duracell batteries purchased, one battery was donated to a local volunteer fire department. 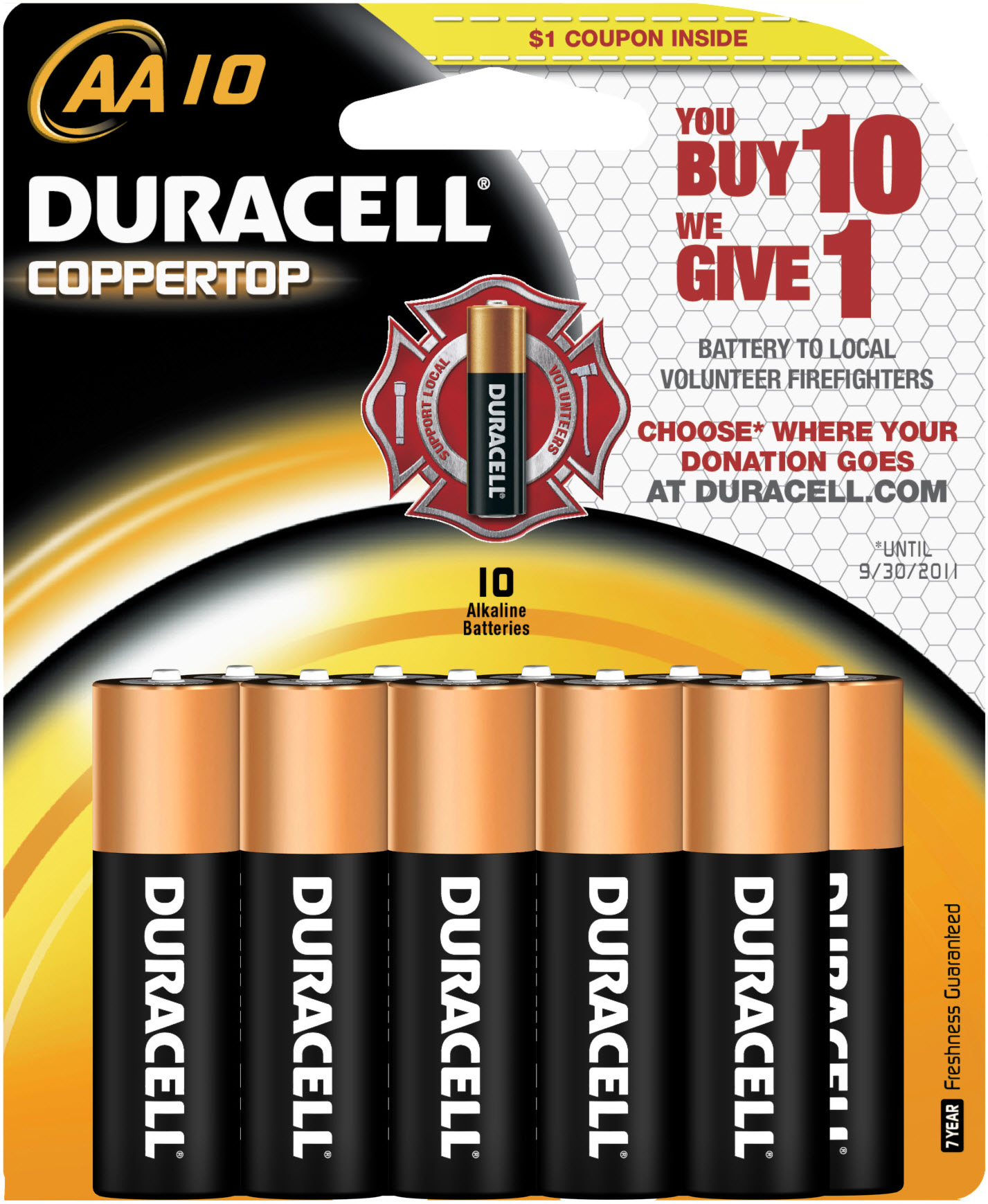 Rather than just its logo, Duracell included its whole product in the branding of the cause marketing campaign:

To attract earned media, Duracell commissioned a survey to demonstrate the importance of its campaign.

From the launch press release:  “Sixty-four percent of volunteer firefighters surveyed report that their department is not sufficiently funded to sustain all areas of operations. In fact, 86 percent of volunteer firefighters report that they or their families invest their own money in purchasing supplies and/or equipment for their department, with most of them (73 percent) investing up to $500 per year. Duracell and the National Volunteer Fire Council created the Power Those Who Protect Us program to raise awareness for the needs of these volunteers who selflessly donate their personal time and income to protect our communities. With the help of consumers, the program goal is to provide 10 million batteries to the 23,000 volunteer fire departments in the U.S. in order to help power devices and life-saving equipment used to keep volunteer firefighters and their communities safe.” 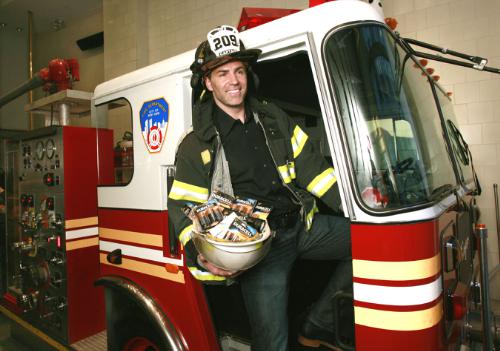 Kurt Warner visited and trained with local firefighters and helped show how important reliable batteries are for a firefighter’s life-saving equipment.

Duracell’s Power Those Who Protect Us Facebook page hosted the exclusive version of CeeLo Green’s Thank You remix, which was downloaded over 11 million times. 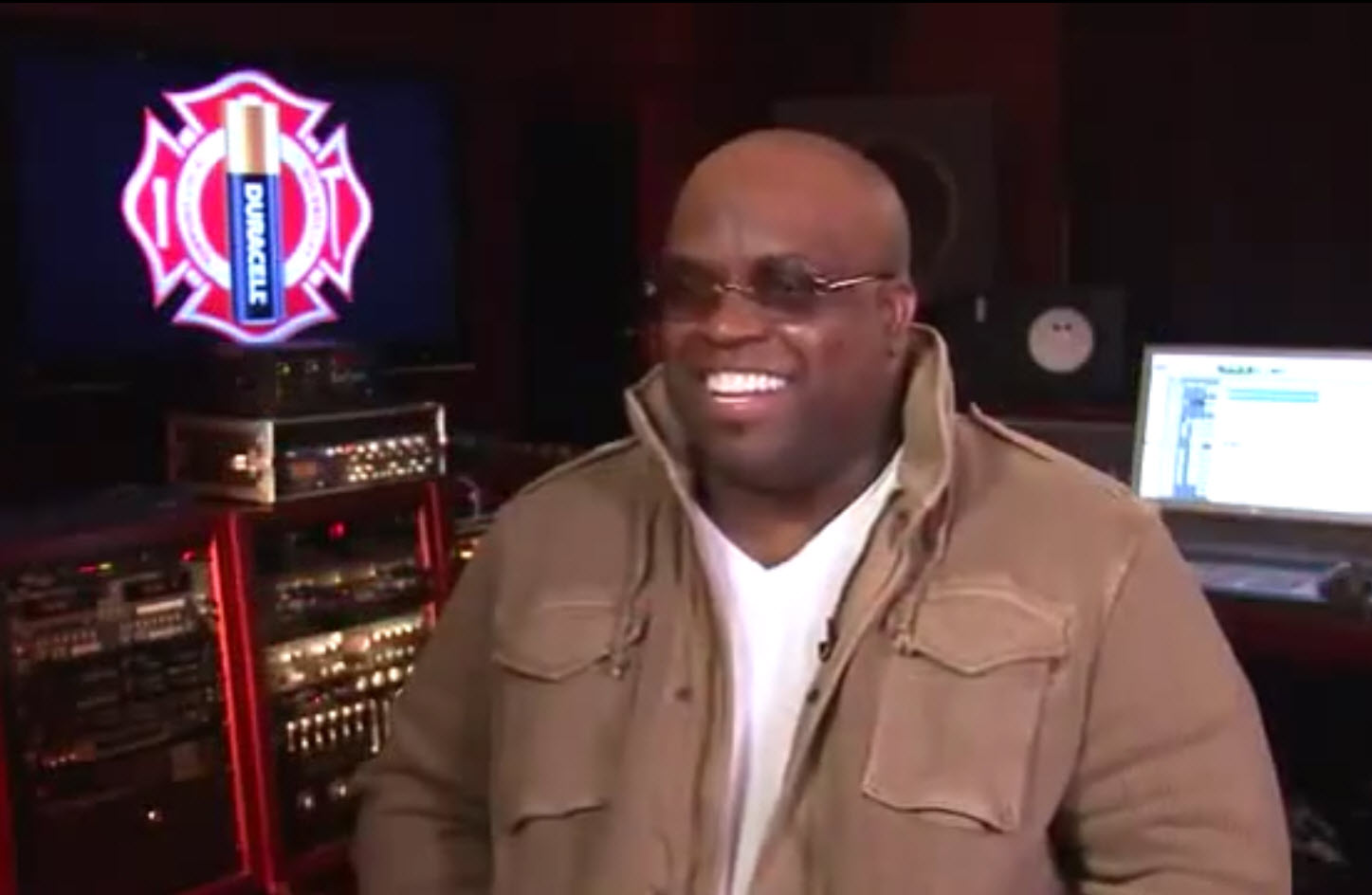