CNN:  “CVS just announced it will no longer sell cigarettes and tobacco products.”

Larry Merlo, CVS Health President and CEO:  “We’re the first national pharmacy chain to take that important step. Somebody had to be first, and we’re proud to say it was us.”

Narrator:  “As a health company, CVS didn’t just want to take cigarettes out of their stores, they wanted to help people take them out of their lives, so we created The Last Pack.”

CVS Customers:  “Well, it looks and feels like a pack of cigarettes.  Oh, cool. It helps you quit.”

Narrator:  “The pack contains a step-by-step guide to quit smoking that gives people support and points them to resources like free assessments and cessation programs covered by their insurance. To help kick the addiction, we included coupons for nicotine replacement products and some other fun stuff like a book of puzzles and games so people could distract themselves when they felt the urge. While smoking is social, quitting is lonely, so we created a social program called #OneGoodReason to help people engage their social networks to get more support. We replaced the cigarettes in all 7800 of our stores with The Last Pack and also gave them out at a launch event in New York.”

CVS Customers:  “I think this is a great idea.  This is actually really amazing.”

Narrator:  “Major news outlets covered the story. We were saluted by numerous celebrities and political figures, including the first lady, Michelle Obama. Thousands posted on social media, saying things like this…”

Aaron Evans, CVS Customer:  “Been tobacco free for four weeks thanks to CVS and #TheLastPack. Here’s to another four weeks!”

Narrator:  “The Last Pack became so popular that we even got a special request from the U.S. Congress for 2,000 packs to use in meetings with influencers, but most importantly we gave thousands of people around the country the last pack they’ll ever need.” 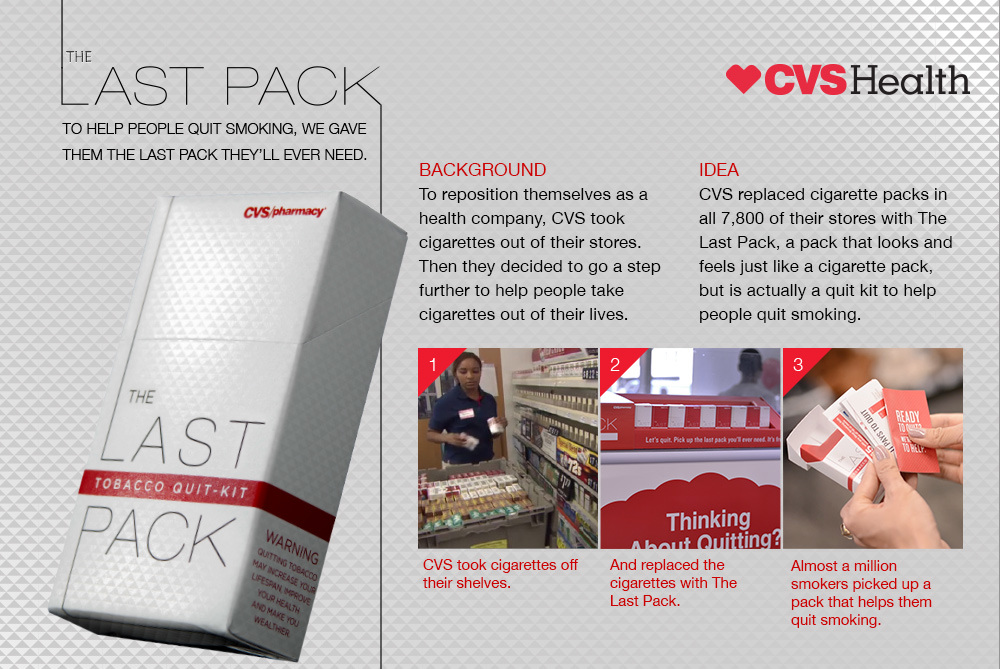 This alternate version of the CVS Health “Last Pack’ Case Study focuses more on the campaign’s tactics and results: 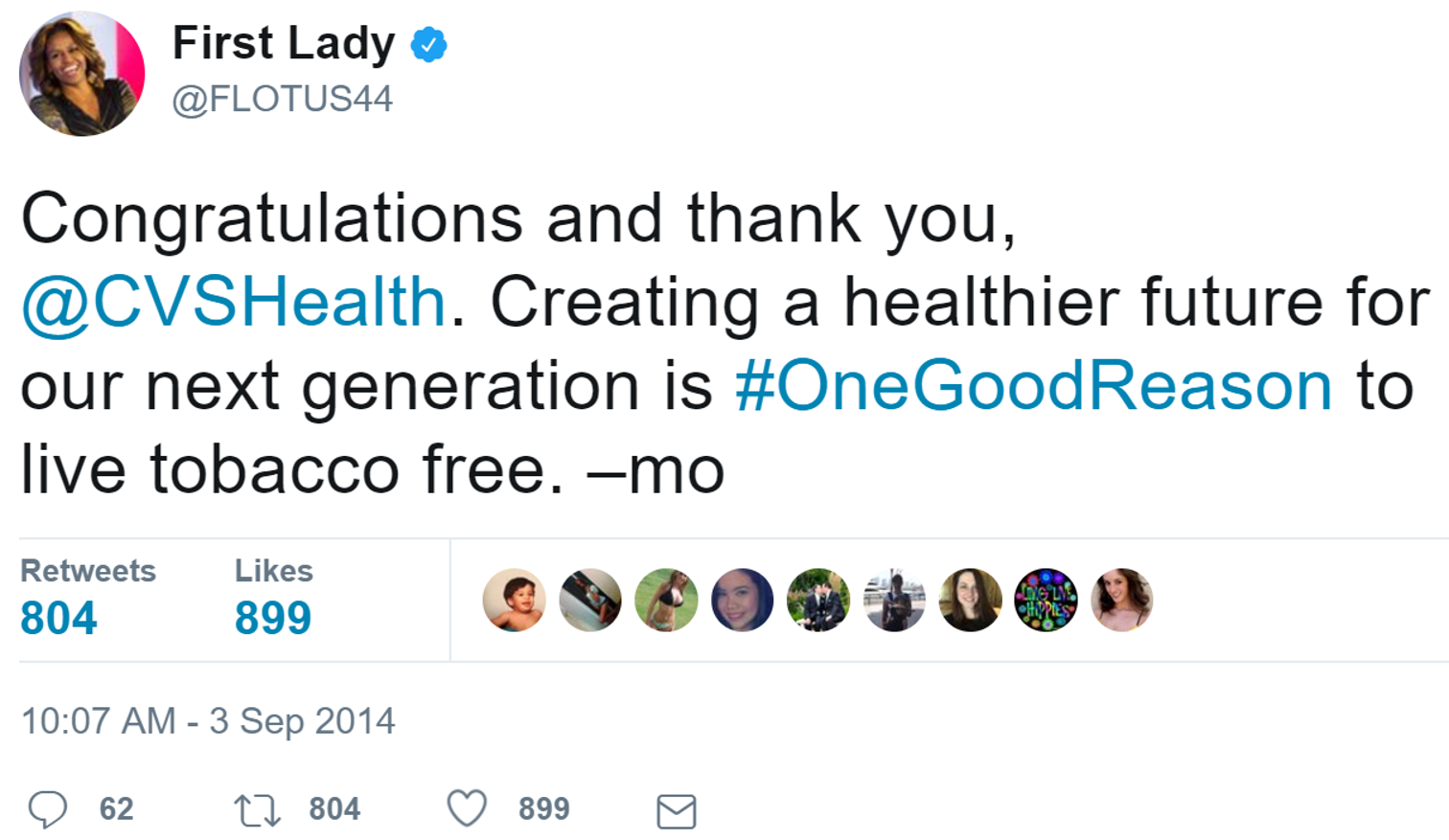 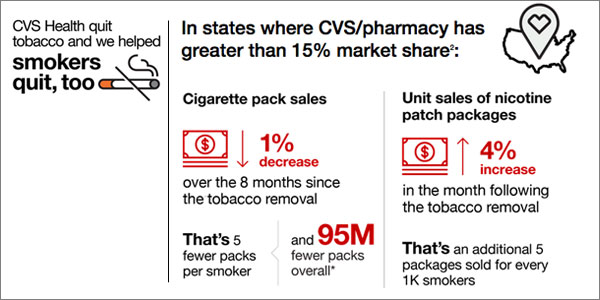 The rebranding commercial, called We Wish, features ‘The Last Pack’ cause marketing: