Bryan Fisher, American Family Association: “When people sit down to eat a hamburger, the last thing they want to be thinking about is two guys having sex.”

Narrator: “In 2014, we invited people to try the most controversial hamburger in history.”

‘Man on the Street’ interviews: “Is it like it is a gay burger or what is it? Do gay people even eat fast food? Yeah, it is about time.”

Narrator:  “People thought they would find something different with this Whopper.”

Burger King Customers: “What is up with the Proud Whopper?  What is it?  It really does taste different.  For me it tastes more like sweeter, I don’t know.”

Narrator: “But in reality, the only difference was its wrapping.”

[We Are All The Same Inside]

Burger King Customers: “It is the same burger. It’s the same sh*t. Oh, we are all the same inside! I like that. I cried in there because I was overwhelmed, a burger has never made me cry before. You are totally crying.”

Narrator: “Even though the message was simple, making this wrapper wasn’t. Ink was applied on both sides of the paper and text had to be aligned perfectly — all to keep our message hidden until people opened the wrapper. The Proud Whopper wrapper became a souvenir, a collector’s item for sale to the highest bidder, a badge of hope, a single design piece that took over social media and mass media publications.”

The Wall Street Journal: “A bold stance on the issue.”

The New York Times: “Connects with people in a meaningful way.”

The Huffington Post: “A powerful film in support of equality.”

USA Today: “A campaign that can change minds and hearts at the deepest level.”

Narrator: “It gathered over one billion media impressions worth $21 million of earned media, 7 million views, and 450,000 blog mentions, and became the number one trending topic on Facebook and Twitter in one week. In the end, this became more than a hamburger wrapper; it became a proclamation of equality.”

Burger King Customers: “It makes me feel supported, and it makes me feel proud, and it is just a burger but I mean it is baby steps the whole way. I think this wrapper means that we all have the same rights.” 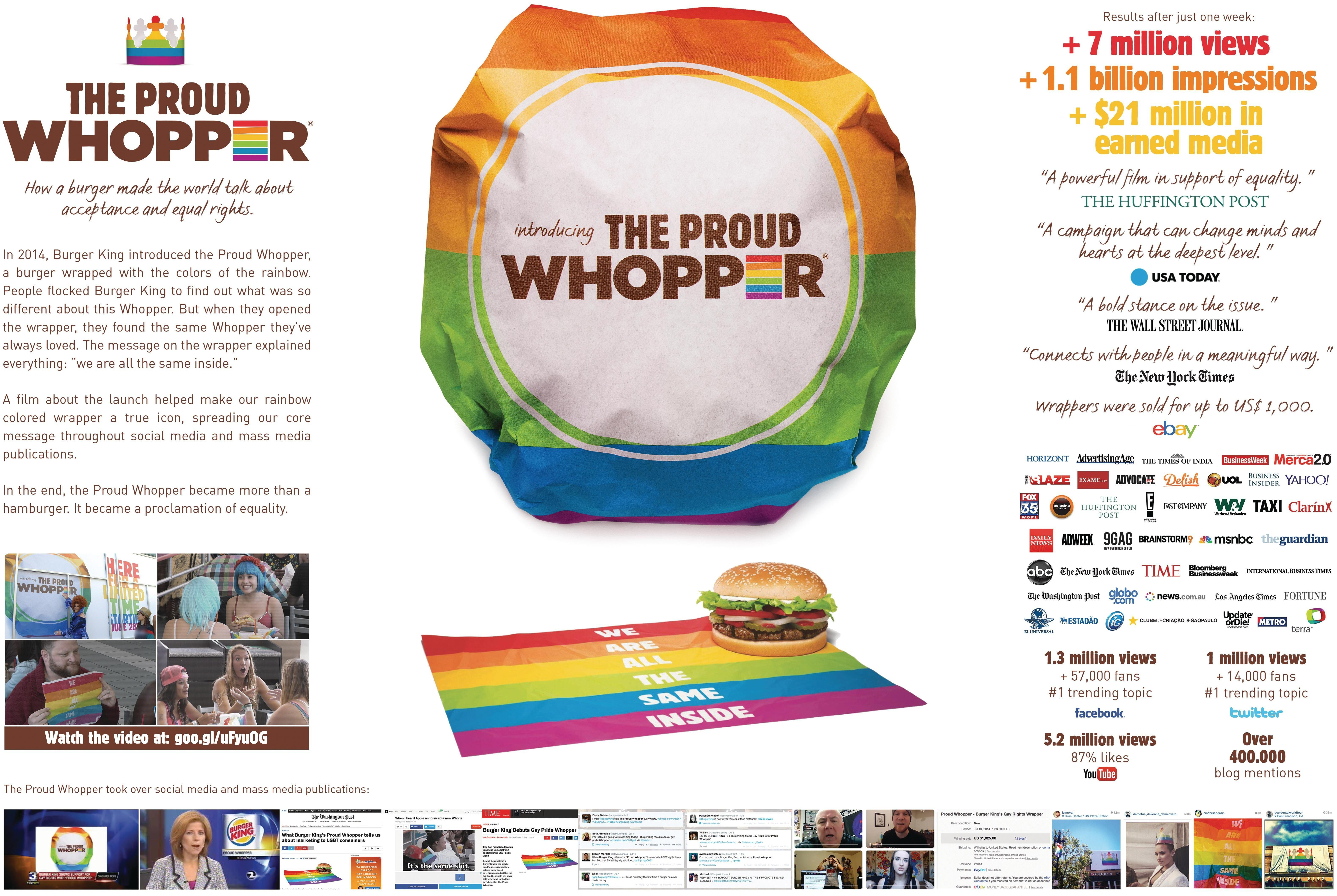 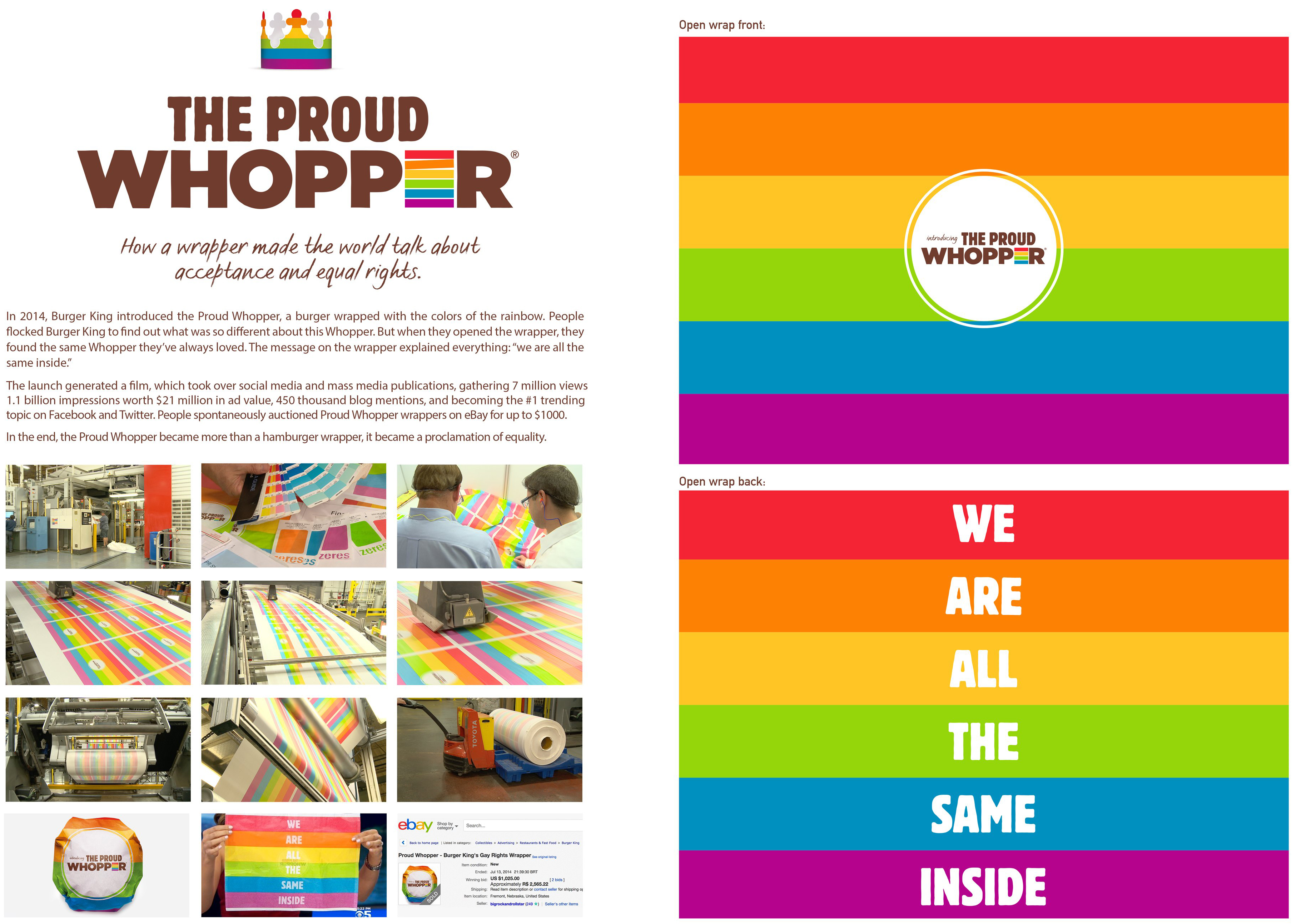