In under-served communities where access to voting is otherwise unequal and limited by hours-long lines, Boost Mobile stores became more than a place for low-income minorities to get prepaid phones when the stores were used as election-day polling places.

[The voices of some Americans are being silenced.]

Ed Schultz, RT: “There are complaints about the fewer number of polling places.”

Voter: “I spent 9 hours in a gym packed full of hundreds and hundreds of people.”

President Obama: “We’re the only advanced democracy in the world that systematically puts up barriers and makes it as hard as possible for our citizens to vote.”

[Low-income and minority voters face longer lines and have fewer places to vote. Boost Mobile stores are located in these communities. So we did the unprecedented: We turned Boost stores into voting stations.]

To make this possible, we had to work within the same system that was suppressing votes. We called 817 counties to find officials willing to stand-up against inequality.

And on November 8th, people voted at Boost stores across the country.

Boost Mobile employee:  “This is our store front. It’s been open since 6am this morning. Voters have been floating in and out.”

This wasn’t just an election-themed ad campaign.  We were actually inside the election process.

And beyond our stores, we advocated for the unheard, shining a light on unequal voting access with voting rights groups and election officials. And partnering with top hip hop artists to inspire people to get out and vote.

Voter:  “Everybody has a voice. Just let it be heard.”

[Boost stores will continue to serve as official voting stations in the ongoing fight for equal  access.]

In the United States, Boost Mobile (a subsidiary of Sprint) is best known as a prepaid wireless carrier. Their customer demographic is primarily working-class African-Americans and Hispanics who live in communities with fewer voting places, resulting in unfair and unequal voting access due to hours-long lines.

Boost Mobile’s Boost Your Voice campaign encouraged low-income and minority Americans to cast their ballots. Meanwhile, Boost Mobile offered its stores as additional polling stations on election day. This cause marketing tactic attracted to Boost Mobile stores — and earned the gratitude of — the same people who are the target market of Boost’s no credit check, prepaid wireless plans. 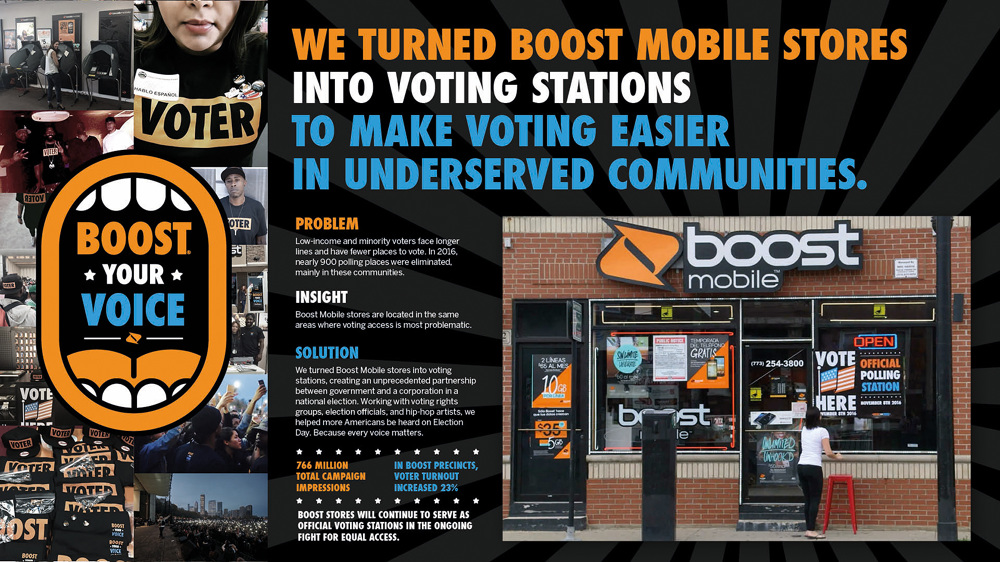 Boost Mobile’s Parade to the Polls 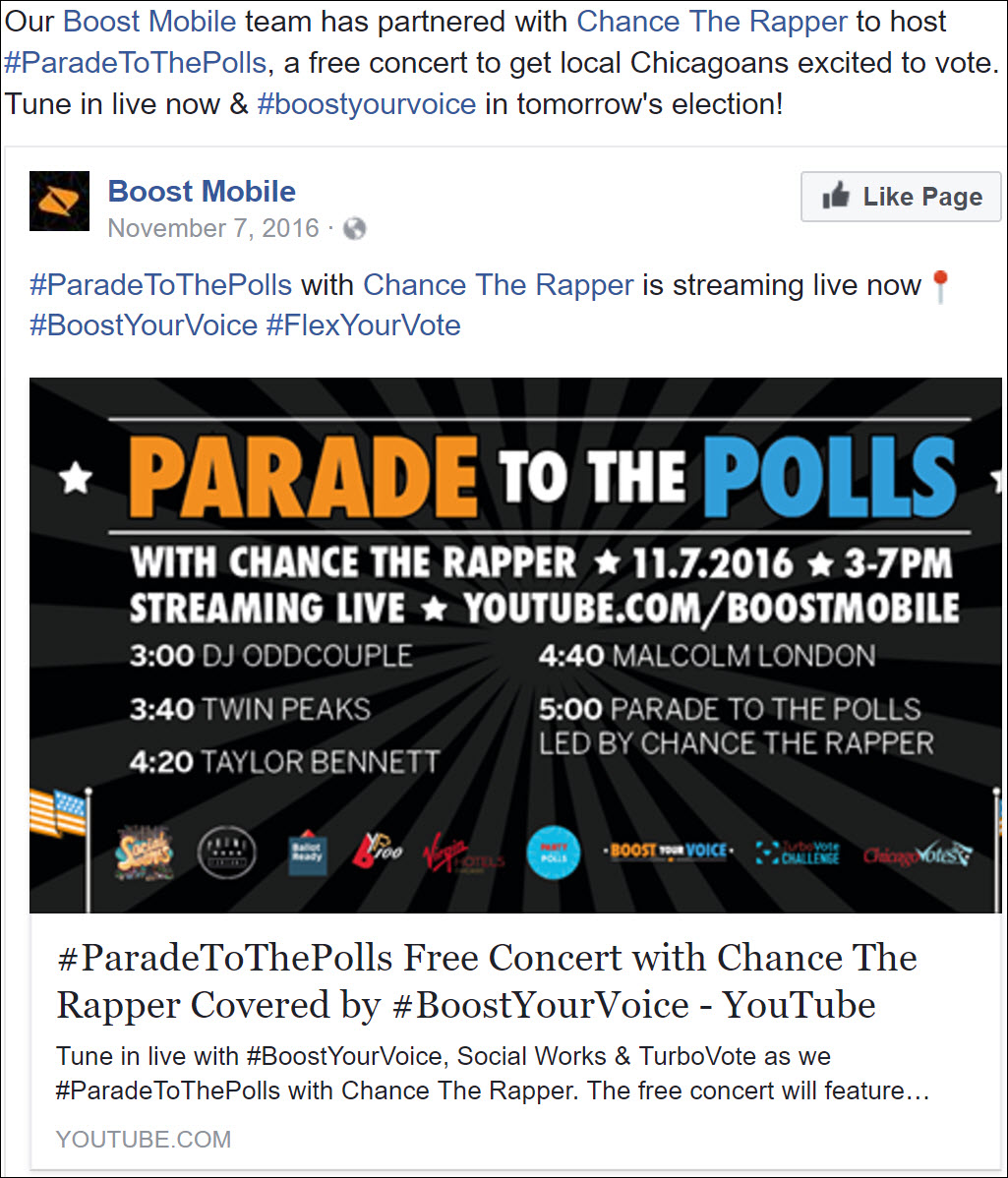