Narrator:  “Incivility has risen to crisis levels in America. So how do you encourage a culture to be nicer? By starting with two simple words.”

Counselor:  “I’m going to ask you to write down people who have meant something very, very special to you.”

Narrator:  “We’ve all heard of a bucket list. To combat thanklessness, American Greetings created the ThankList: A list of people you want to thank for shaping you as a person. To introduce the behavior, we partnered with Oscar-winning documentarian Barbara Kopple to follow five real people creating and fulfilling a personal ThankList. We released the documentary series online and hosted a panel discussion on gratitude with notable cultural influencers. Within two weeks, the series had over 1.9 million views and mass coverage…”

News Anchor:  “If you’re thinking of someone to thank right now, use the hashtag #ThankList.”

Narrator:  “…and a fully dedicated Huffington Post Gratitude Section. Even the king of thank you notes himself was talking about it.”

Elizabeth Banks:  “Yeah. People don’t know. I love getting thanks. My kids can’t thank me enough.”

Narrator:  “Overall, the message reached hundreds of millions (192,409,764 total PR impressions), but the goal wasn’t just awareness, it was action. Every element of the campaign drove users to create a personal ThankList via #ThankList, written message, or personalized ThankList video: a stunning animated film that thanked the people who shaped you as a person. All entries were then aggregated into a living gratitude collective that users could explore and be inspired by. The result of this small act of saying thanks:  big cultural change.”

Elizabeth Banks:  “Well, I started thinking I’ll name somebody on The Tonight Show.”

Elizabeth Banks:  “It’s so nice to be able to say it: Dorinda Vance. She made a really great difference in my life.”

Elizabeth Banks:  “Thank you to American Greetings. Go to ThankList.com and create your own ThankList.”

According to reporting in PR Week:

An example of the American Greetings #ThankList mini documentaries: 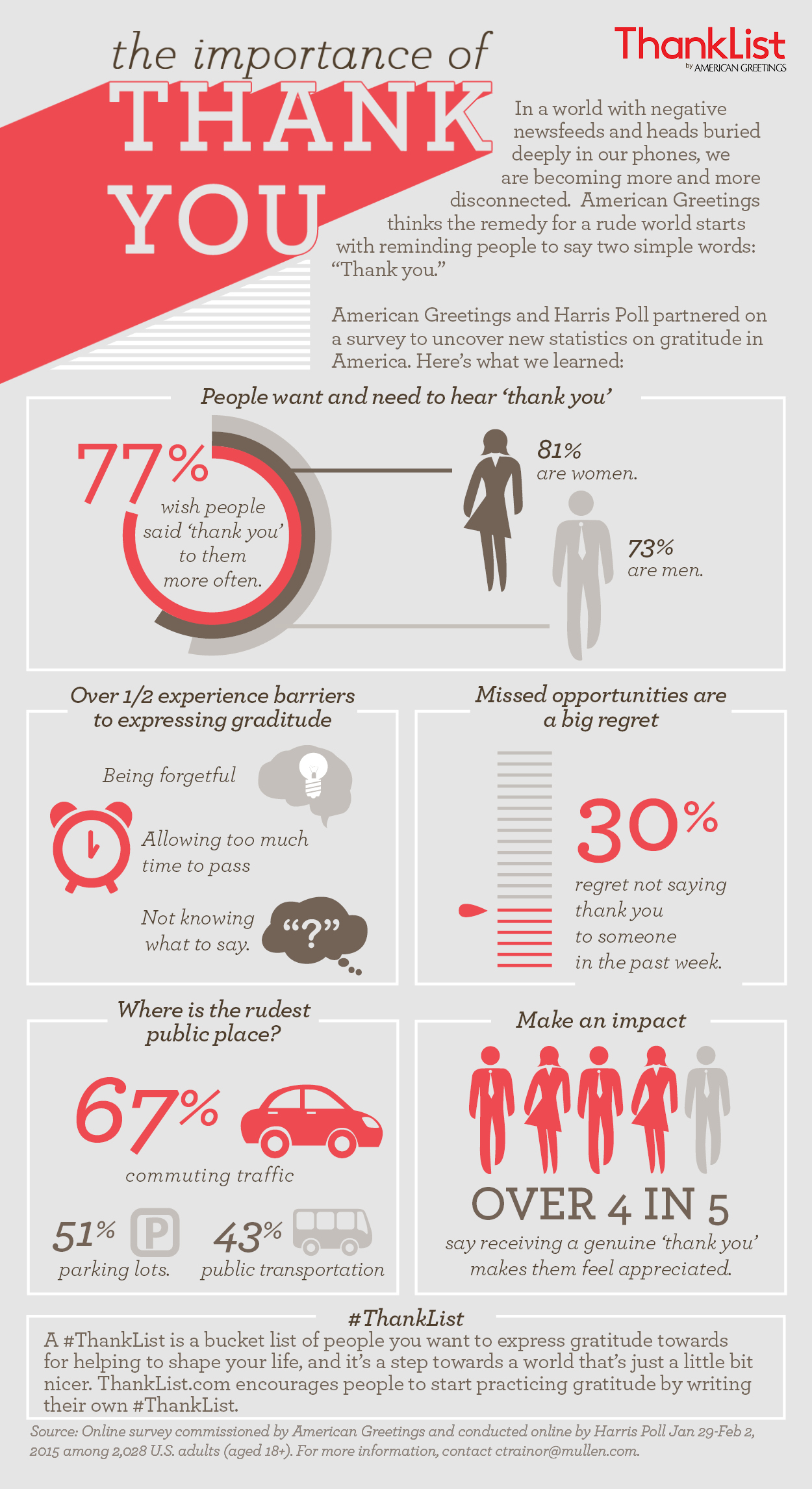 You Engage. We’ll Give.

According to an American Greetings press release: “American Greetings is putting gratitude front-and-center this upcoming holiday season with a special donation to longtime community partner, United Way. Between November 1 and November 30, the Company will donate $1 to United Way Worldwide for each #ThankList shared on social media (for a maximum donation of $30,000). As we look forward to sharing a Thanksgiving meal with loved ones, it’s fitting that the funds donated during this campaign will be allocated for hunger prevention.”